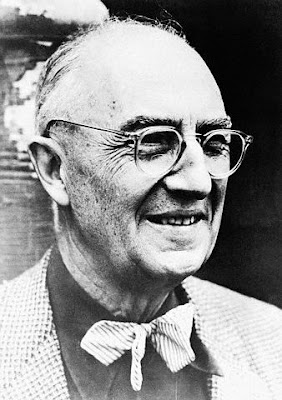 William Carlos Williams, we’ve done a lot, on and off,in and out – everybody knows Williams – does everybody know some Williams? Is there anybody here who has not read any Williams? …Well..actually, lets just do “To Elsie” (“The pure products of America go crazy”) because that was a..that was my choice for “heroic poem” of Williams.When I had to think of one poem of Williams that was heroic Americana, national heroics – Do you know that one at all? – “The pure products of America go crazy”) – It’s great. It’s the Sixties (in a nutshell)

Elsie was a maid who Williams had in his household who was a half-breed, I think, Indian? The poem is about her situation as he observed it. She was taken in at fifteen, to his family, to work in the house (just like you get Mexican girls coming up – or Yugoslavian girls [Allen addresses (student) Nina Zivancevic here] coming to work translating!). So, it’s written first person experience. What’s interesting is it has the same Americana background as Marsden Hartley, that is the old nineteenth-century, the recollections of the old nineteenth-century stability, early twentieth-century stability. This was written I don’t know what year, probably, I think, the twenties. And actually, this was the one single poem (actually, this and one else I put in here) was the one poem that I first heard, or first understood, of William Carlos Williams, and that opened Williams up to me, and turned me on to what Williams was doing and made me appreciate his down-to-earth-iness. It’s also a poem that agrees basically with a notion of.. the Zen notion of “minute particulars” and being grounded, and is a lament for America not being grounded, or not appreciating its own ground. So it’s post-Whitmanic in it’s really almost a tearful lament for America’s loss of ground and turning its own ground into shit, and driving everybody crazy. And also there’s a slight parallel – “I saw the best minds of my generation, destroyed by madness,starving, hysterical, naked..” and the opening lines of this poem. “To Elsie” (which is a very homely title)

[Allen reads William Carlos Williams’ To Elsie” in its entirety -“The pure products of America go crazy…”..”No one/ to witness/and adjust, no one to drive the car”] – No one to drive the car of America – (It’s a) weird ending – “No one to drive the car” – but as a metaphor, as a classical metaphor it’s amazingly moderne for America, tho’ what attracted me was the great rhetorical part- “as if the earth under our feet/ were/ an excrement of some sky/ and we degraded prisoners/ destined/ to hunger until we eat filth”.  So it’s an estimate of what it is to live here, and then also a projection of a vision, very similar to Marsden Hartley’s, and (Walt) Whitman’s, and the ‘Sixties, and Gary Snyder’s– “while the imagination strains/after deer/ going by fields of goldenrod in/ the stifling heat of September” – that is, a sort of ideal summer vision, American paradise. I think he had just.. around that time he was writing a book called In The American Grain, going back to (Thomas) Jefferson, (Abraham) Lincoln, Ulysses Grant, (John) Adams, the condition of the forests, fields, and terrain, geography in America, back at the beginning, when America was a promise.

Student: Another thing about “no one to drive the car”, is after he goes into this image from his imagination, which is lofty, he brings it right back to his own backyard with that very concrete image

AG: Yes. I was just thinking then, while I was reading it, what is it?..why did he bring the car in, or something like that – except, it’s almost, like, despair, his mind goes to the first thing there and the first thing there is the chariot, or the car, the modern chariot, the American chariot particularly – “No one to drive the car”. No one’s at the wheel.

It also explains this metaphor.”No one/ to witness/ and adjust”, in the sense that as you’re watching out the windshield, you witness and adjust for..hitting the brakes when the child runs out across the street, so here this is.. “No one”, right, except this rather abstract metaphor

The.. the.. I take it you understand that the young girl’s getting out and getting laid by these rich young bourgeois kids who fuck whoever they can – “succumbing without/ emotion/ save numbed terror/ under some hedge of choke-cherry/ or viburnum”, which is that old Marsden Hartley touch – “choke-cherry/ or viburnum”? – so particular as to where they found their secret hiding-place to take off their clothes and make it – “which they cannot express” – meaning they don’t know the names of the choke-cherry or viburnum, also. 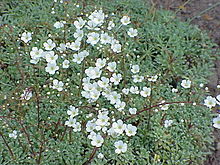 At the end,  I would like to point (out) one other little trick of Williams at the end of “The Clouds’ – which is about how the imagination can wander off and get ungrounded and stray off, and not be.. not having the mind clamped down enough so that objects can get into mistaken universes or into incoherency, or silence, mistaking the fact that its visionary abstract ambition can’t be satisfied, thinks that the only answer is silence, rather than coming back down to earth and relating to it as sacred, relating to the saxifrage as sacred [Editorial note – Allen alludes here to Williams’ poem “A Sort of Song”] – “Saxifrage is my flower/ that splits the rocks” –  in Rutherford, New Jersey. The little saxifrage is a flower thatgrows up through the pavement, a little organic thing that’s organic against the inorganic concrete. So he has this slogan – “Saxifrage is my flower that splits the rocks”, ‘the one that splits the rocks”.

[Audio for the above can be heard here, beginning at approximately seventy-one-and-a-half minutes in, and concluding at eighty-two-and-a-quarter minutes]

and here’s variant readings of “A Sort of Song” (the earliest recorded in the literary critic, Kenneth Burke‘s house in 1951, the last, four years later, in the Californian home of his friend, the artist Eyvind Earle) – here, here here here and here