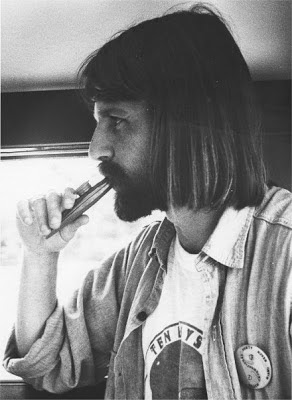 AG: [to Jeff Nightbyrd] – What are you..  you’re in town for an underground media convention?

Jeff Nightbyrd: We’re going to have an alternative tv network in America

Jeff Nightbyrd:  (The) FCC has licensed low-power tv stations – KBDI and Video West and Public Interest Video in Washington put together a conference of leading experimental video people (who) came…

AG: Here in town (Boulder) or in Denver?

Jeff Nightbyrd: Here. Well, in Boulder and at KBDI. We get… probably some people saw it… two nights of live barbecue in the parking lot, and experimental video from around the country.. a party, Saturday night, and, we’re working, right now, to put up some thirteen weeks up on the satellite, three hours, once a week. And it really came down to just that thing about..doing it!

Jeff Nightbyrd: I mean, there’s all these academic reasons, and studying markets and whatever, and two people said, “Okay, we’ll buy the time on the satellite…

Jeff Nightbyrd: ..and everybody announces “Okay, we’re somehow going to do it”. And we’re running all over the country, starting two days ago, to put something on 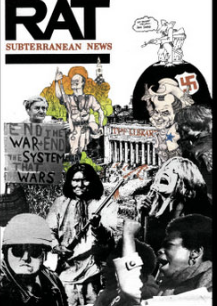 AG: (Timothy) Leary wants a revolution. So who doesn’t. As long as it.. As Gregory (Corso) said, “The Beat group had the first bloodless revolution” (which was a revolution of the spirit) – or initiated, or started, or continued (it), if you can see – from Marsden Hartley – we just continued an old American tradition (which you can find with (Boulder poet) Florence Becker Lennon – did you hear her last night?- she was great!)

Jeff Nightbyrd: I heard it was..

AG: She was eighty – and she was great. Yeah. That last line of a thing was very particular – like Hartley (it sounded like Hartley). She was looking at a bunch of hardhats working next door to her house on Seventh Street here, and said, “Are these the men that are building the bomb to blow up the world, or are they only the men who are poisoning mothers’ milk”?  It was a very particular poem, yeah. By “particular”, I mean (as in) “minute particulars” [ in William Blake‘s phrase], specifics, specific instances. She had picked the specific instance in her backyard, in her own  range of her eighty-year-old life and written about it. As Hartley did.