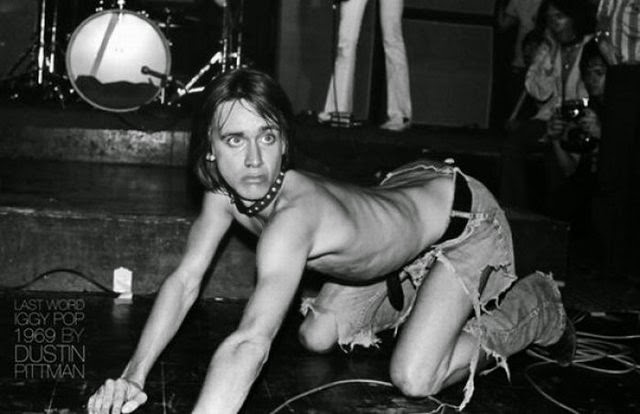 [AG (to two exceptionally amorous students): If you guys are going to make love in my class.. I just get distracted all the time – sitting there hugging and kissing and fucking all the time…(please, take it outside)..]

Student: How about new wave (rock ‘n roll music), do you think that could change the…
AG: I think it (already) has – new wave. I think new wave (punk) is a definite step forward. It makes, it.. Like (the) Beat thing made use of a lot of early elements, from (William Carlos) Williams and (Marsden) Hartley and (Walt) Whitman. The new wave and punk sensibility struck me as a major cultural trans-shifting, a rejection of the Beat sentimentality and heart and hyper-political anger and activism (the anger part). The rejection of the.. See, the new wave thing (which is interesting, between you and me, actually), the new wave thing put down the Beat thing, because it was too political, because it tried self-righteously to save the nation without first saving itself, without first examining its own clarities and conscience and aggression, without first resolving its own aggressive tendencies. The Beatniks went out to save the.. to lay a script on the nation. And the new wave people said.. or to me, that is.. – who was it? the guy that David Bowie worked with? the American?

AG: I had a funny conversation with Iggy Pop just on this subject, and he said, “You guys are all over”. No, “You guys blew the shot”

AG: Well, of course it’s pride, but he doesn’t have to be the greatest… 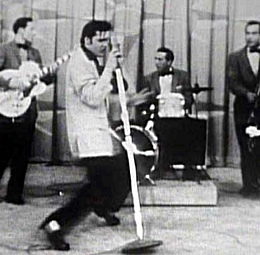 AG: Well, his roots go back to Beatnik days, actually – Iggy Pop.  But anyway, growing up, he said, “You guys blew it”. And he never said how, but I figured it was just basically that thing of overtly going out finger-pointing, he thought. I thought it was a bit harsh. I said, “Wait till you get yours”, myself, I said, “Wait until you grow up and be famous – and really famous, and have to face getting to be forty (sic) and having to deal with the nation as dealing with the nation.  What were you saying?

Student: Well, I just (thought you were saying that he…)

AG: No, I was saying that (the) new wave was putting down the Beat imagery

AG:  (And) for good reasons, I think. You know, why not?  You need another generation to invent its own, not just for sentimental reasons, but to correct the abuses of the old, or the impurities of the old

Student: But do you really think that new wave is really into the inner self?

Student: It seems more, to me, to be pretty much into the violence of the society, rather than an inner peace of the soul

AG: It’s pretty complicated. Both ways. For one thing, I don’t think the Beat group was actually political, to begin with. (Jack) Kerouac, (William) Burroughs, myself, Peter (Orlovsky) and Gregory (Corso), although we were occasionally involved in “politics”, if you heard Gregory’s poem “Bomb” last night (sic), it wasn’t political in any recognizeable form by the politicos of the ‘Fifties or ‘Sixties, because it was rising above the bomb to say that the only answer to the bomb was beauty – not anger, not fight, not fear – that you had to surpass the bomb in imagination in order to beat the bomb, if you’re going to beat it at all and not even care whether you beat the bomb, if you’re going to beat the bomb. You have to renounce trying to compete (with) the bomb, if you’re going to compete with it. Just like you have to renounce enlightenment if you want to be enlightened, according to traditional theory

Urizenic aspect of (an) aggressive attempt to restructure the world – good-hearted, but done in anger (the gestures made in anger created more anger, as Jerry Rubin found out with his slogan “Kill your parents” (which he didn’t mean literally, he just meant kill the parents inside you. But he said it in such (an) un-upaya way, in a way that was so unskillful that it could be used and taken by Newsweek, Time everything, to mean “Kill your parents”, that this was a revolt, (that ) you were supposed to go out and (literally) kill your parents. Naturally, the whole middle-class objected – they didn’t want to be killed! Anybody who was a parent objected – and very rightly! – That’s no way to do a revolution. That’s like going through the whole Russian Revolution shot again.

AG: So what we needed was leadership.  Go on..

Student: …to the mind, or the empathy,  of the people here.

AG: Yeah. It meant that, and it was understood as that, and so I would march behind that flag. Although, half the time that flag was carried by George Demerly [sic] in New York, who was an FBI agent who was just trying to outrage the public and make us look bad..