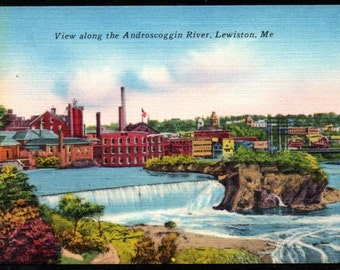 AG: The first poem that we have at the beginning of the American section of the anthology (except for (Walt) Whitman), the first one that we got to put in there is a direct straightforward description of Lewiston, Maine ((Marsden) Hartley’s home-town) and a poem about Lewiston, Maine. He just realized one day as a big painter in New York he could go back and write about Lewiston, Maine, and not have to be ashamed of it, because that was a fit subject-matter.

So there’s a whole literature on this subject. Van Wyck Brooks wrote huge volumes of historical research on the flowering of New England, trying to go back to find out what actually happened back there, how many slaves did (President Thomas) Jefferson own, actually? What was behind the patriotic flag-waving of the Declaration of Independence? What was the personal story and how much  is it like our own in the twentieth-century, where we have to strike out on our own – artists, separating out from the commercial America that Whitman had prophesized and denounced. So, actually, in a way, the individual artist was in the position of America breaking off from England – it was the individual artist breaking off from Sinclair Lewis’ Main Street society.

And so, at this time, Hartley is describing Lewiston, Maine – “I admire my native city because/it is part of the secret sacred rite/of love of place” – and that’s the first announcement –  “sacred rite/of love of place” – which is not very different from the notion taught here (at Naropa) by the Buddhists and their dharma art shot of sacred world – taking your own ash-tray as  sacred, your cigarette as sacred, the table as sacred, the teaching of the class or the listening as sacred, driving a car as  sacred, your own love affairs as sacred, and treating the world as a sacramental relationship (which, basically, was the nature of the relationship, say, between me and Peter (Orlovsky) and (Jack) Kerouac) and (William) Burroughs, which still, you can see, to some extent, consistently prolongs itself in our relationship) – that is, treating each as sacred monsters, or sacred characters, in a one-and-only-time play that won’t be repeated), that notion of sacred America that Whitman proposed and that, after Whitman’s disillusionment,  and the disillusionment of World War I (with the Socialist Eugene Debs put in jail for resisting the war) and the growth of monopoly capitalism, it was still the attempt of these artists to make a sacred world for themselves.

So he begins – “I admire my native city because/it is part of the secret sacred rite/of love of place” – (and, in those days, “secret”, because only a few rare individuals had that understanding and glorified their lives that way) – “My childhood which was hard, it is always/hard to be alone at the wrong time/brought seizures of intensity to the years,/ the harsh grinding of the mills rang in/my ears for years..” – (“The harsh grinding of the mills rang in/my ears for years”, that’s a great line – The harsh grinding of the mills ..”)  – “…and a sordid sort of music/came out of it,/I return to instances that are the basic images/of my life as it now is./ I go back to the Franklin pasture which for/us children was the Asia and Africa/of our first impressions” – (and in that line you have all of Kerouac actually, all of Kerouac’s hyperbole and sacred treatment of childhood, and the play places of childhood, and the secret games of childhood. It’s a great announcement, actually, “the secret sacred rite”, because it (was) only (a) few people in America (who) understood that secret of sacredness in those days (although I think it’s more understood now)

Then – “brought seizures of intensity to the years” – (there, you can see the painter. The painter was really not (a) professional poet, “seizures of intensity to the years”, however, it’s pretty descriptive, however, it’s a little bit abstract) – But then, immediately, (he) gets back to the thing – “The harsh grinding of the mills rang in/my ears for years” – (which is an early evidence of the twentieth-century in poetry, when you have the “harsh grinding of the mills” as the most beautiful image (and, actually, a very vivid image, for the sound) 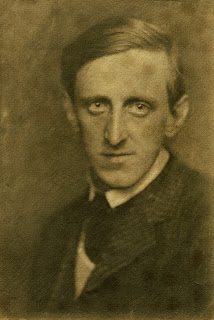 And then, “a sordid sort of music/came out of it” – (So there’s a tremendous humor and tolerance there) – “and a sordid sort of music/came out of it” – “But “I return to instances’ – (so he’s going to go back to the details – “No ideas but in things” – the facts – “Franklin pasture”) – “Spring/and myself walking with my father along the/edges of a cool clear stream, gathering watercresses/ trilliums, dogtooth violets, and in/the fall – at times – mushrooms..” -(Both he and Williams were not completely amnesiac-blind (as I am) to, actually, the names of local flowers and recognition of them. And recognition of the “sacred..love of place” is (recognizing) what flowers grow where in your back yard, and your home town, and yourfront yard, on your driveway. You’ll find “trillium” in Williams, also “dogwood” (I don’t know about “dogtooth violets“.”) – [Allen addresses the class] – Does anybody know what a dogtooth (is)? Is that a common word, do you know.?  “dogtooth violets” 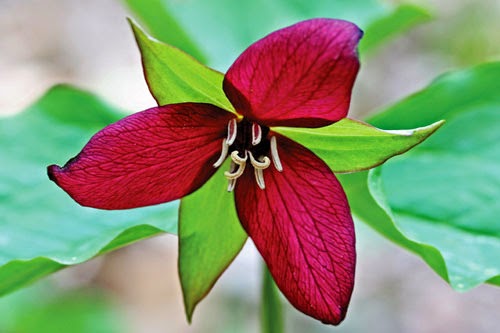 AG: Uh-huh. And you got more coming up.. [Allen continues reading] – (“…and in/the fall – at times – mushrooms,/white violets and blue, growing on little hillocks/with trailing evergreens and boxberry leaves/with pink edges of baby-tender leaves”) – (which is nice – “baby-tender leaves” – he’s a big suffering faggot – baby-tender leaves”) – “and here and there, pushing up out of the snow,/an arbutus, or, as we call it, Mayflowers/ Drama number one.”) – (The tone of this is so much like Kerouac, or like sacred Beat writing, or Beat writing that emphasizes that element of self-magnification, glorification of one’s own sacred life or sacred world)