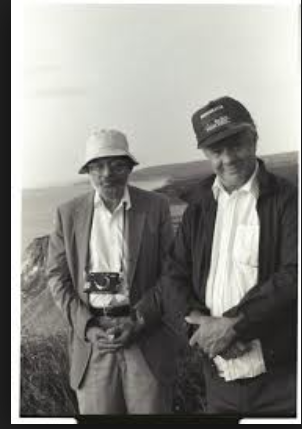 “…Peter was a taciturn and rugged man with a gruff exterior and a submerged explosive intensity. To (Allen), he may have represented an opportunity to merge (as (Walt) Whitman put it) with the “landscape of the common world’. Like Herbert Huncke or Neal Cassady, Peter expressed the Beat notion that writing is not the exclusive province of an aristocratic, university-educated elite, that a more vital resource than the library or museum may be the idiom and lessons of the street and ordinary life. The paterfamilias of this view was William Carlos Williams whose suggestion to Ginsberg that an indistinct frontier separated a poet’s own prose journals from the stuff of poetry became a key ingredient in Beat writing, and Orlovsky’s, where the ideal of spontaneity and the need for emotional release was more of a priority than intellectual calculation and design..”

“We are Continually Exposed to the Flash-Bulb of Death” – The Photographs of Allen Ginsberg (1953-1996) – In honour of the recent acquisition by the University of Toronto of “close to 8,000 prints”, there will be an exhibition, (organized by the University, in collaboration with the Thomas Fisher Rare Book Library) at the University of Toronto Arts Center, starting on September 2nd, and running through to December 6th.On September 29, John Shoesmith, outreach librarian, “will introduce visitors to photos not seen in the exhibition”.  More Toronto announcements, Ginsberg-in-Toronto announcements, will be appearing shortly

The Collected (Gregory) Corso Interviews book that we mentioned a few weeks back – Rick Shober’s Tough Poets Publishing venture – “thirteen interviews that span the most productive years of his career, from 1955, when his first collection of poems was published, to 1982, the year following the publication of his last book of all new poetry.”
Rick Shober writes: “I was able to get Richard Brukenfeld to write the foreword. He, as I’m sure you know, was the Harvard undergrad who published Corso’s first book, The Vestal Lady on Brattle, in 1955. His foreword talks about the poet’s early days in Cambridge and as a “stowaway” on the Harvard campus. Pretty entertaining stuff.” “After four years [Shober started working on the project in 2010] the book is finished (design and layout), and all reprint permissions are in hand. Now I’m trying to finance it with a little DIY crowd-funding by pre-selling copies”.
Go here to support this worthy venture – The Whole Shot

Thanks to Dangerous Minds for alerting us that William Burroughs makes it this week onto the cover of the America supermarket tabloid –  The National Examiner – “Do The Rich and Famous Get Away With Killing People?” – Uh? – As a necessary corrective and counterpoint, please read this 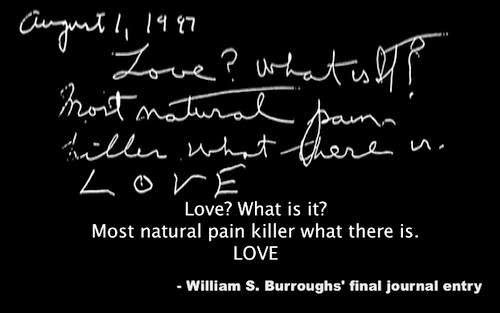 Interesting response on the Ginsberg Facebook (why not here? use of our Comments facility anyone?) on the Gordon Ball cadets-reading-“Howl” image that we posted here last week –  In response to one poster, wondering on the relationship between “Howl” and a military education – Sean Dadson: “I took that course while attending the Virginia Military Institute. Col. Ball, the Professor, was a friend of Ginsberg. Actually, that course changed my life and enhanced many others.. We were attending what many referred to as “The Conservative Bastion of the South”. It definitely helped me out of that rut..”..”I believe Ginsberg gave a reading at VMI, as a “perfect bohemian” society, but I’d have to confirm with some of my class mates who attended the reading.. so, yeah, it was productive and eye-opening if only for a few of us..”

And several of his class mates did get back to him –  Chris Valenti: “I was there then. It was the best thing that could happen to cadets.Gordon Ball was my academic advisor as well. I only recall the privilege I felt at the chance to see him and learn from his colleague..”
..”Why do people find this bad or counterproductive? Art and poetry should expand the mind into other forms of consciousness, not simply reaffirm what you think you know.” 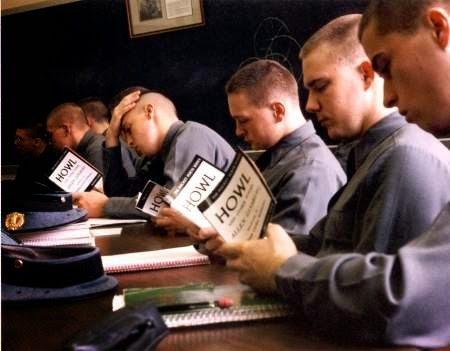 For those in the San Francisco/Bay Area, in case you missed the opening performance on Sunday, you have two more chances to catch the West Edge Opera‘s production of the Glass-Ginsberg’s Hydrogen Jukebox, tomorrow (Saturday) and next Friday August 8
Artistic Director, Mark Streshinsky speaks about the production here. Joshua Kosman reviews it for the San Francisco papers (“Sunday’s splendid performance”) here