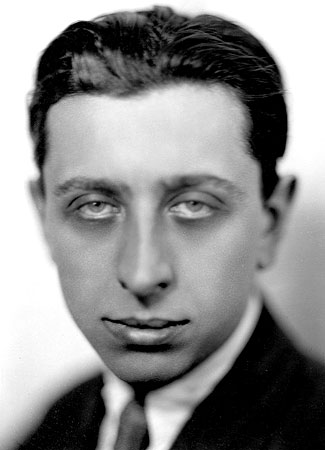 AG: We also have, moving on fast to Robert Desnos, who died in a concentration camp during World War II – 1900 you’ll find him.. [Allen is referring here to his listing in the classroom anthology] – “The Voice of Robert Desnos” – “So much like the flower and the current of air/like the waterway like the shadows passing everywhere/like the smile glimpsed this amazing evening at midnight/so much like everything happiness and sadness/it’s yesterday’s midnight lifting its naked torso above/belfries and poplars./ I’m calling those lost in the countryside/the old corpses the young oaks just cut down/the shreds of fabric rotting on the ground and linen drying/in farming regions./I’m calling tornadoes and hurricanes/tempests typhoons and cyclones/riptides/earthquakes/I’m calling the smoke of volcanos and cigarettes..” – (By that time you’re into it like a riff, like a continued riff, so that if you’ve got a quick mind and a good mind and a creative mind, the things that you call up in your list can be uncanny, can be very witty, can be like haiku) – “I’m calling tornadoes and hurricanes/tempests typhoons and cyclones/riptides/  earthquakes/ I’m calling the smoke of volcanos and cigarettes..” (which is haiku-esque in its juxtaposition of dissimilars with a common word – “smoke’ – “the smoke rings of fancy cigars” – Now he’s into it) – “the smoke rings of fancy cigars” – “I’m calling loves and lovers” -(Ah, corny!) – “I’m calling the living and the dead/I’m calling the grave-diggers I’m calling the murderers” – (You can hear Walt Whitman here).

Actually, this all comes out of Whitman, because Whitman’s catalogues and lists have the great combination of Surrealist imagination and absolute literality. Surrealist, because the jump from one line to another in, say, “Song for Occupations” or any of the long list sections in “Song of Myself” the jump from one list to another in its catalogues (“catalogue” is what he called  it, or what it’s called in Whitman) the catalogue poem, or the catalogue parts. When you make a catalogue or a list, you have completely free play, and so you can jump from one thing to another fast, and, actually, the funniness, or humor, or genius, or interest, in following it is following how far you can…(shift)..from one thing to another. and where you go next. Because, once you know the rules of the game (that you’re jumping, that you’re letting your mind jump) then the further you jump and the more extravagent the jump (or the more homely the jump, the more ordinary the jump), the funnier it gets.

Just like the children’s games you play, when kids (go) into hysteria capping each other (laughter hysteria), saying, “If I had a million dollars, I’d buy Hawaii Moon” – and then somebody’ll say, “If I had a million dollars, I’d build me a big house and put a chimney on top” – and then somebody else’ll say, “If I had a million dollars, I’d buy the high school”. And after a while, if you’re under the covers in bed at midnight at the age of seven, it gets to be hilarious and you can’t stop laughing. It’s the same principle of composition and it’s easy. All you’ve got to do is let yourself go and goof around. Very few people, when they grow up, are allowed to let themselves go like that. So Kenneth Koch’s method of teaching kids poetry is (to) write down the biggest lie possible. Once you write down a lie that means your imagination is liberated to writet down anything you want, or write down a dream – “Wishes, Lies, and Dreams” – or write down a wish (with a wish your imagination is liberated) – But you can do that automatically if you’re just doing an improvisation series of cadenzas like this.

There must be obviously similar things in Eastern European poetry [addresses Nina Zivancevic, one of two Eastern European students in the class] – Do you know? Who writes like this in Yugolavia [sic – 1981]

AG: Does he write big long lists?  or little shorties?

Student (NZ): Short, but a lot of these…

AG: Yeah, before we leave today, I want to take up the short jump poems – little shorties, Benjamin Péret, Philippe Soupault, who else does it? – I have a bunch of them in here [Allen is referring to the classroom anthology] – (Blaise) Cendrars has a few. Then, in that same line, you’d find (Gregory) Corso  has a few little short jump poems – and Anselm Hollo has a lot that are very much like Phillippe Soupault’s or (Blaise) Cendrars (Cendrars has a whole book of snapshots, actually, which are like William Carlos Williams literalities, from travels but at the same time they’re so weird and extravagant, like newspaper stories, that you can’t believe it, they’re so goofy. So he seems to combine (them). He has that combination of literality and Surrealistic jump that CC [Allen’s student, Chuck Carroll] was pining for..in (his) book called Kodak (and another book called Postcards), where it’s totally literal and at the same time totally extravagant and mad

But the funny thing is, when you do the totally imaginative shot, you finally come around to an absolutely literal statement, because, quite literally, the tornadoes do spin around in his mouth, because the word “tornado” is spinning around in his mouth – the conception of “tornado”, “murder” and all that – the murderers spin around in my mouth, the poplar trees spin around in my mouth.. There’s a funny thing that you get in Whitman, where the subject of the poem – extravagance,  and the poem itself, and the action of the poet, are all identical, and the poem actually comes true (or the poem is a truthful statement, even though it starts with giant lies). Because, if you start a poem, “I’m going to tell you the most giant lie possible”, then everything you say is true because you’re supposed to be telling lies – or, if you start with the idea, “I’m going to say anything that comes into my mind”, pretty soon the things that come into your mind will be actually (be) like –  he’s just written a tornado, and therefore it’s come out of his mouth, and therefore “tornadoes spin around in my mouth”.

So that way you also get humor when the poet is acquiescent and aware and has available to him common sense, and indicates his common sense by writing something that has uncommon sense, or opposite of common sense. It’s (a) total sanity, that he’s conscious of writing something that’s the opposite of common sense, because actually it gives you the humor of actual common sense sanity. If you’re really serious about the moonlight running in and grabbing the prunes, and have some long theory about it, you might not be able to write an interesting line. You’d just have this long explanation of moonlit prunes with all the attributes of Jesus Christ and other dimensions – Martian moonlit prunes!

[Allen continues reading Desnos] – “the hurricanes redden my lips if they can do it/the tempests snarl at my feet/the typhoons rumple my hair if they can do it/I accept the kisses of cyclone drunkenness” – ( of mind – “cyclone drunkenness of mind” – or of life itself – “I accept the kisses of cyclone drunkennness” – it’s a very good description of life) – “the riptides come to die at my feet/the earthquakes don’t shake me but make everything totter/ at my command/the smoke of volcanoes attires me in ts vapors/and cigarette smoke perfumes me/and the smoke rings of fancy cigars crown me/the loved ones and the love pursued for so long find shelter in me/the lovers hear my voice..” – (Well, lovers who attempt the impossible, which is to maintain their love, “hear my voice” – certainly – because he’s maintained the impossible in this poem) – “the living and the dead give in and wave to me/the former cooly the latter intimately/the gravediggers abandon partly-dug graves and announce that/ I am the only one who can direct their nighttime labors/the murderers greet me/ the executioners invoke the revolution/invoke my voice/invoke my name/the pilots use my eyes to navigate/the masons are seized with vertigo hearing me/the architects leave for the desert/the murderers bless me/the flesh quivers at my call / the one I love does not listen to me/the one I love does not hear me/the one I love does not answer me.”

(He reversed it. He made all the impossible possible, and he made the possible impossible, at the end (or, apparently, this is a grand extravagance to express his desires, which he then announced, at the very end, (that) he couldn’t even get his girlfriend to listen to..  It’s actually an interesting poem with an amazing structure of total freedom, total flight of (the) imagination, total improvisation, total exercise, go anywhere you want, take it as far out as you want – and then come – back – bam! – like a brick-wall – to reality. So quite (em)pathetic in a way, as a poem…)

Well, you know (Walt) Whitman had catalogues. So I’ll just remind you that you get that strain (in Whitman). And a lot of these poets (the Surrealists) were influenced by Whitman.

(In more recent times…) –Anne Waldman’s “Fast Speaking Woman”and “Skin Meat Bones” (if you know those poems – “Fast Speaking Woman” falls into this category of live improvisation) –  (My own)“Howl” is of the same nature, taking off from this old Surrealist method, very consciously (because the models for “Howl”, aside from Christopher Smart, were not so much Whitman as (Andre) Breton’s “L’Union Libre“ (and) the Dadaist manifestoes (the absurdity of the Dadaist manifestoes, like “who plunged themselves under meat trucks looking for an egg” was just practically an ideological steal fromTristan Tzara (I didn’t know Desnos at the time –  in fact, I hardly know him now, except I’m just reading a few things).  This translation I read is – the poem is 1926 –  is by Bill Zavatsky, who’s been translating a great deal of Desnos. [to Student]  – You’ve got anything to add about Desnos?
Student: No, not really. I mean, this poem was written in a period where he was writing one poem a day for a year…
AG: Uh-huh
Student: That’s all. And, you know, it was some (kind of) experiment and it was around, also, this time that, on leave from the military, he met both Breton and Tristan Tzara.
AG: Before this poem?
Student: Yeah, yeah..
AG: So then this is..
Student: Yeah
AG: ..influenced directly…
Student: Yeah, absolutely
AG: …by his theories. This is a really successful poem of that nature. It’s one of the few irresponsible poems that’s totally responsible – it comes back at the end with this slam into the brick-wall of he can’t get what he wants – no satisfaction. With all that power (“tornadoes spin around in my mouth”), “the one I love doesn’t answer me”.

Addenda: The actual voice of Robert Desnos (reading “Relation d’un Reve” (“Description of a Dream”) recorded for a radio broadcast in 1938)<