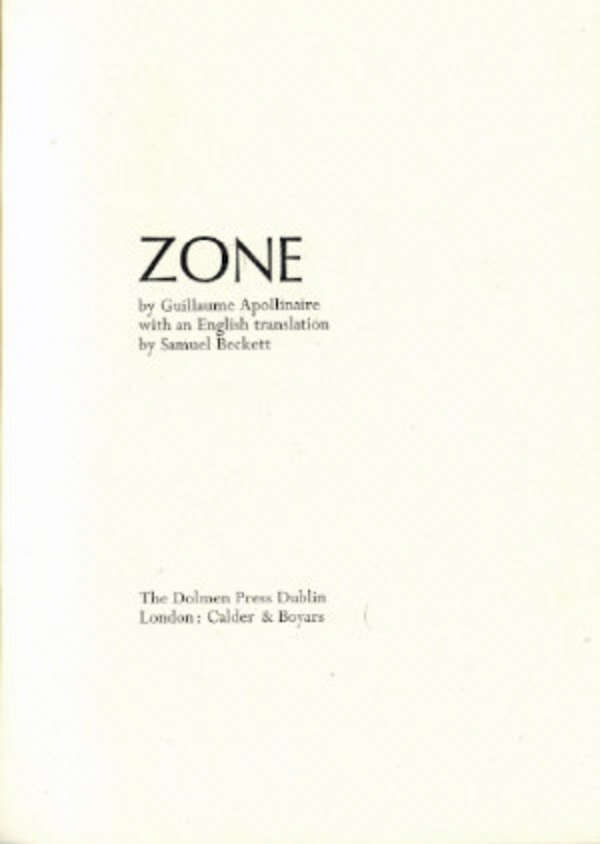 translated in 1950, this is the cover to the 1972 Dolmen Press, Dublin edition of Guillaume Apollinaire‘s “Zone” translated by Samuel Beckett, the first seperate appearance of the text to appear in print 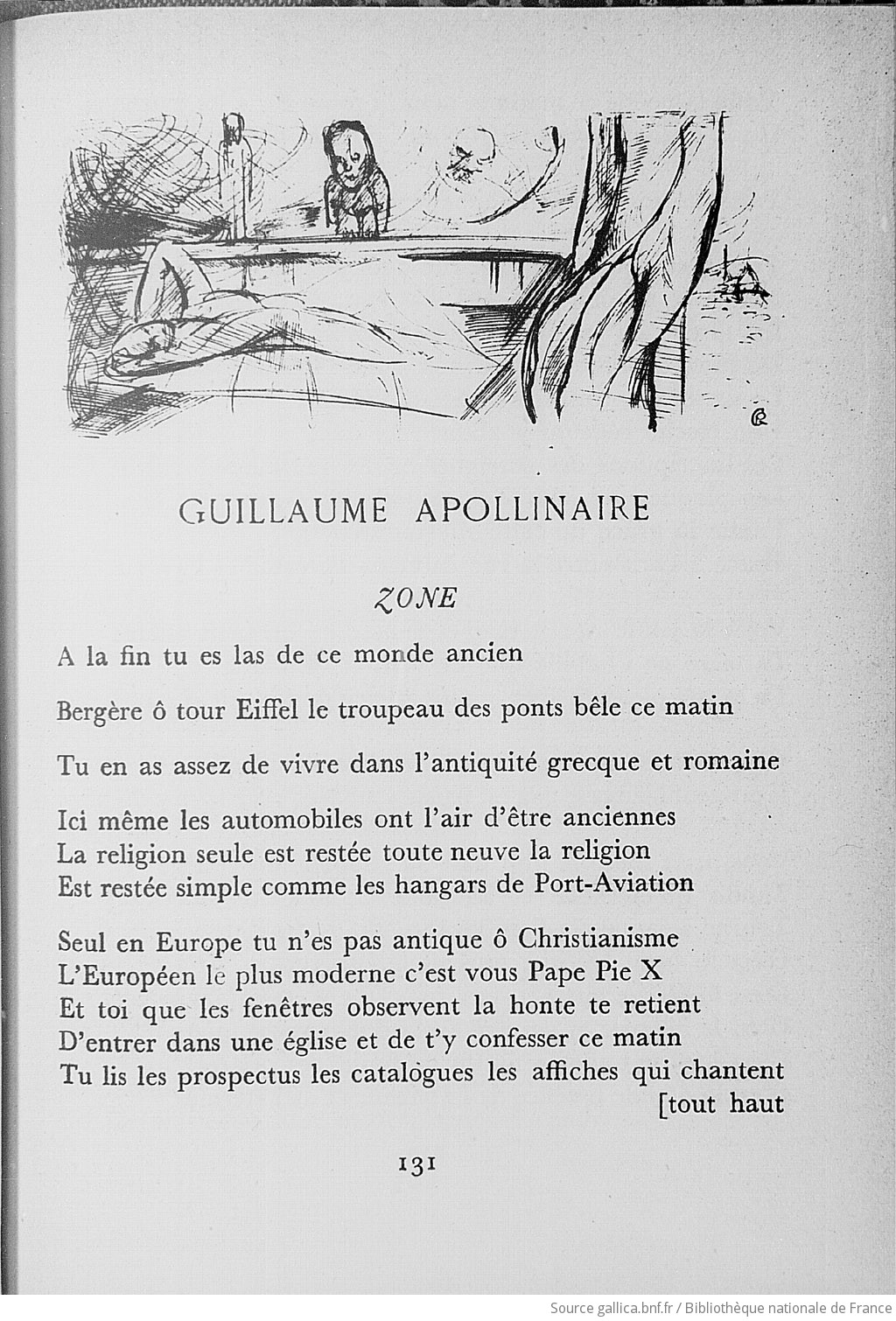 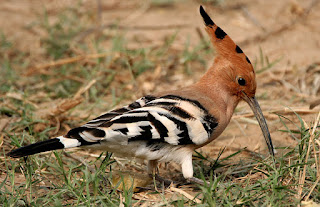 AG: Do you know what the pihiis by looking at it?
Student (CC): Yes
AG: Is there such a thing? – “From China have come long supple pihis/Which only have one wing and fly tandem..” – Is that mythical, or is that…
Student (CC): No, it’s a natural bird, but it’s just a strange..
AG: Oh really, it’s  real.
Student (CC): Yes
AG: Ah
Student (CC): And then… very strange birds that are.. that are in mating, they’re just always flying together and just constant whirring their wings (somewhat like a humming-bird) so it might give the effect of having one wing.
AG: Ah, They actually have two
Student (CC): They actually have two wings
AG: And it’s called a Pihi?
Student (CC): No, it’s… it’s..well, the bird that I think that he’s describing is the hoopoe
AG: Hupu?
Student: That’s what I think he’s describing
AG: It might be pihi in French

(That was (Roger) Shattuck).  (Here’s) the other translation, by Samuel Beckett – “From China, the long and supple one-winged pihis that fly in couples” – I always thought that that was an esoteric Cubist joke – or just playfulness – just having fun – “just having a little bit of fun, mother” – [Allen continues] – “Then the dove immaculate spirit/Escorted by the lyre bird and the ocellated peacock/The phoenix that pyre which recreates itself/Veils everything for an instant with its glowing coals/Sirens leaving their perilous straits/Arrive all three of them singing beautifully. And everything eagle phoenix and Chinese pihis/Fraternize with the flying machine…”…”Now you are on the shore of the Mediterranean/Under the lemon trees which blossom all year”…”Astonished you see yourself outlined in the agates of St Vitus/You were sad enough to die the day you saw yourself in them/You looked like Lazarus bewildered by the light/The hands of the clock in the Jewish quarter turn backwards/And you go slowly backwards in your life/Climbing up the Hradchin and listening at night..” – (“Hradchin” – Hradchin is a hill in central Prague, in old Prague, the old castle hill) – Climbing up the Hradchin and listening at night/In taverns to the singing of Czech songs”… [Allen continues, reading through to the end of the poem] – “Adieu, adieu/Soleil cou coupé/Sun’s neck cut” – [ or, “Sun the severed neck” – “The neck of the sun cut” – that’s a famous line – “Sun corseless head”, says Samuel Beckett – corseless? – corpseless – head]

Student: (Are there other translations?)

Well you get some sense of the panorama and panoramic grandeur of the poem – The juxtaposition – one moment you’re in “Here..in Marseilles amid the watermelons/ Here you are in Coblenz at the hotel of the Giant/Here you are in Rome sitting under a Japanese medlar tree..” – It’s almost cinematic. – The consciousness of the flash-back (or the flash forward-flashback) or fade-in-fade-out is like a scenario – a shooting-script.
So the idea of jump-cut, seeing one scene and then a jump-cut to another and gaps in-between, that’s completely modern and new, and Cubist-style, in poetry. You get a little bit of it in Laforgue, but here ( it’s) in full-bloom, full-face, the swift movement of the mind from one place to another. Or as (William) Burroughs says, at the beginning of Naked Lunch, “I am not American Express”. It is not my business to transport the reader from London to Tangier or to Morocco, the mind can do that – so Burroughs says the poet doesn’t have to be American Express and provide the transportation because the transportation is natural to the mind, in any case – or the jump is natural to the mind).  So Cubism, in the sense of, rather than a linear progression, including the ship or the train from Marseilles to Coblenz, you simply have the “jump-cut”, you simply have the different angles seen almost simultaneously, or in such rapid succession (that) it’s like the Cubist method. That actually came in, in that part of the century, by importation of haiku and Japanese landscape painting (and Japanese prints, particularly). (Henri) Toulouse-Lautrec and (Vincent) Van Gogh (and) the precusors to Picasso, in fact, (were) so influential that Cezanne put down Van Gogh. He said “Ah, he’s not a painter. All he does is make Chinese images (because Van Gogh was imitating Chinese and Japanese painting for a while in order to get that funny perspective in which various depths seem to be occuring on the same optical level, on the same plane)