Expansive Poetics – (Anna Akhmatova – 4 – A Poem Without A Hero) 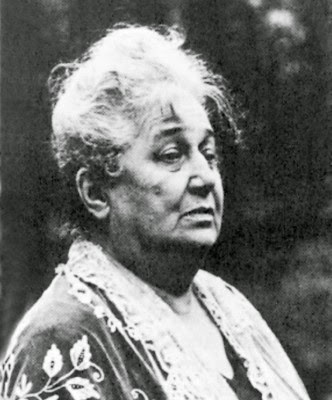 Allen continues his survey of the works of Anna Akhmatova

AG: And the later, even more complicated poem. “A Poem Without A Hero”, including herself, in other words, a poem in which even she is not the hero because the devastation is so total, and so devastating. I don’t think that’s been published in Russia yet (1981) but it’s published in English. And the “..Poem Without A Hero” is her summary of everything we’ve been studying, actually, of the Russian poets. It was begun in August in Leningrad under siege. There’s only one translation of it into English (by Carl Proffer) [editorial note – again. Allen is speaking in 1981] and I’ve seen it in this book (with) Akhmatova’s work, (published by Ardis House), and it’s also in a series of Studies in Modern Russian Literature, put out in Ann Arbor, where you have the complete poem with all the footnotes that tell it)

AG: Yeah, it’s difficult. It’s just, simply, that she’s recollecting (the ghosts are coming, or the phantoms of the past are coming, with all their sins and all their devils – and she, being the only one still alive).
And the end – the epilogue, or the end, might be trying to get through –

AG: “The white night of June 24, 1942, Petersburg, the city is in ruins” -(so the grand Petersburg of her youth is now, in addition to the people, the city itself, is now completely in ruins) – “From the Harbor to Smolny, everything is flattened and visible, Here and there old fires are burning themselves out. Lindens are blooming and the nightingales are singing in the Sheremetev Gardens. One third-floor window, in front of which there is an injured maple, is broken out, and beyond it yawns black emptiness. Thus
” ‘Neath the roof of the house on Fontanka,/ Where the evening languor wandered/ With a lantern and ring of keys,/ I hallooed, with a distant echo,/ Disturbing, with my inappropriate laughter,/ The impenetrable sleep of things./ Where, witness of everything on earth at dusk and at dawn,/ The old maple looks still into the window/. And, foreseeing our parting,/ It extends its black and withered hand to me/ as if to help./ And, oh, what a star stared into my still-unabandoned house/and waited for the password./ It’s somewhere there near Tobruk./It’s somewhere here around the corner,/ You are not the first and not the last/ dark listener to bright nonsense./ What kind of revenge do you plan for me?/ You won’t drink it up. You’ll just take a sip/ of this grief from the very depths/. The news of our parting./ Don’t put your hands on my head./ Let time stop forever on the watch you gave to me./ Misfortune will not pass us by/, and the cuckoo will not cuckoo, [the cuckoo clock will not cuckoo]/ in our scorched forests,/ but, behind the barbed-wire,/ in the very heart of the dense taiga/ – I don’t know how many years it’s been -/ Turned into a handful of prison camp dust,/ Turned into a fairy-tale from a true and terrifying tale,/ My double goes to the interrogation,/ and then he goes back from the interrogation. /Two emissaries of the noiseless wench/ are fated to guard him,/ and even from here/ I can hear (isn’t that a miracle?)/ the sounds of my own voice./ I paid for you in cash./ For exactly ten years, I walked/ under the threat of a Nagant pistol” – (Stalin’s pistol) – “Neither to the left nor to the right did I look,/ and behind me,/ ill fame rustled./ And without becoming my grave/, you granite hellish beloved, you grew pale, moribund and quiet./ Our separation is transient./ I am inseparable from you. /My shadow is on your walls,/ my reflection in your canals,/ the sound of my footsteps echoes in the Hermitage halls,/ where my friend wandered with me, as on old Volkovo Field,/ where I can sob at will/ over the noiselessness of fraternal graves/. All that was said in the first part/ about love, betrayal and passion,/ free verse cast from its wings/, and my city stands, mended./Heavy are the gravestones on your sleeping eyes./ It seemed to me that you were chasing me..” – (I suppose that’s the kid she’s talking about now, the young soldier that she was in love with that committed suicide)  – “..It seemed to me that you were chasing me/, you who stayed there to perish in the gleam of spires and reflection of waters./ Your desired lovely heralds/ didn’t come. Only the series of your charmers – the white nights pass over you,/ but the happy words “at home” are not known to anyone now. /Everyone is looking in someone else’s window,/ some in Tashkentsome in New York./ The bitter air of exile/ is like poisoned wine./ All of you could have admired me/ when I was saved from the evil pursuit in the belly of the flying fish..” – [“the belly of the flying fish” is the aeroplane that took her out of Leningrad] – “..Soaring over the forests full of the foe,/ as she, possessed  by the devil, soared over the Brocken at night./ And already, directly in front of me,/ was the icy, frozen Kama/and someone who said “Quo vadis? but gave me no time to move my lips. before the mad Urals resounded with their tunnels and bridges..” – (they were fleeing to the other side of the Urals) – “And then the road opened up before me/ along which so many had gone away,/ along which they took away my son./ And long was the funeral path/ amidst the solemn and crystal silence of Siberia./ Seized by mortal terror had turned to dust/, and, knowing the time of vengeance,/ her dry eyes lowered, and wringing her hands, Russia/ went before me to the east.” – (so this is “the east” – finished in Tashkent, August 1942 – I guess finished as she left Leningrad)

Student (CC):  The notes at the end of that are also very..
AG: Yeah

AG: I’ll put this in the library after this class so that you can look it up and read it. The notes explain a lot of the references, who all the masked figures are, and what-not.

[Audio for the above may be heard here, beginning at approximately forty-three minutes in and concluding at fifty-eight minutes in]