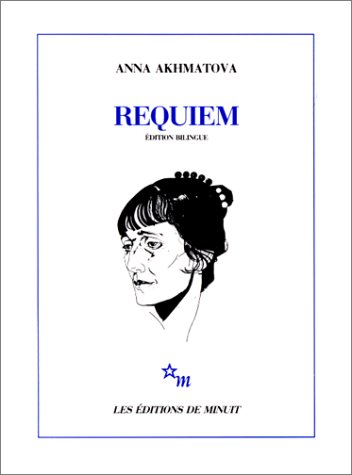 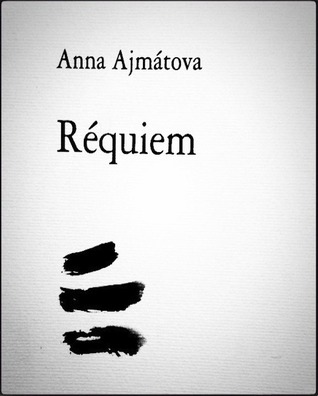 (Anna Akhmatova’s “Requiem”) was never actually published in Russia complete, (and) the manuscript was passed to Sir Isaiah Berlin, an English Russophile, scholar, specialist, (who) managed to visit her just after the war, when the war was won. There was a little period of confusion when people could go in and out and see each other, and so Isaiah Berlin went and had a long conversation with her, as if it (he) were a visitor from another world, or “a visitor from the future”, as she later called it, and brought back manuscripts, (or brought back her manuscripts), which she put in Oxford University, so that when she, finally, in 1965, was allowed out of Russia for the first time, she went to Oxford to look at her manuscripts and edit them for printing by Oxford University Press. And that’s the only complete edition that there is. [Editorial note – the history of “Requiem” in English translation – Allen, speaking in 1981, is presumably speaking of Amanda Haight and Peter Norman’s Requiem in Anna Akhmatova – A Poetic Pilgrimage(1967) which reprints pretty much the entirety of the poem – D.M.Thomas’ 1965 translation (later revised, omitting the “Dedication”, takes considerable liberties (even more so, Robert Lowell’s of the previous year, subsequently included in Imitations),  Richard McKane‘s 1969 plain prose translation in Selected Poems are at least, linguistically accurate and respectful of the original text), Herbert Marshall (praised elsewhere by Allen for his Mayakovskytranslations) is, in 1972, in Russian Literature Triquarterly, the first translator to attempt to preserve the original rhyme-scheme. Stanley Kunitz and Max Haywood (presenting parallel texts) attempt to “present a new poem, sprung from the matrix of the old, drenched in memories of its former existence”.  More recently, and perhaps definitively, Judith Hemschemeyer’s translation is available in The Complete Poems of Anna Akhmatova – Volume 2(1990 – reissued in a revised and single volume, 2000) (see also her note “Translating Akhmatova” (1990) in Translation Review] 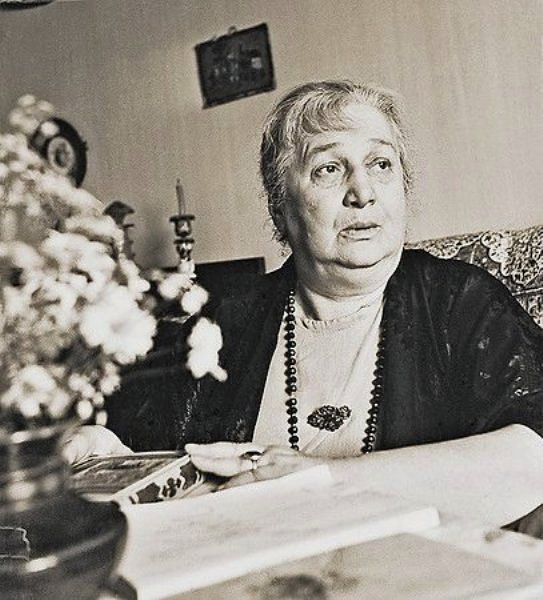 So it begins – “No foreign sky protected me” – (as it protected (Marina) Tsvetaeva, Ivan Bunin, and others, who fled Russia) -“No foreign sky protected me,/no stranger’s wing shielded my face./I stand as witness to the common lot/survivor of that time, that place” –  That epigraph, 1961 – Then, instead of a preface, it’s a little anecdote from the prison line – “In the terrible years of the Yezhov  terror, I spent seventeen months waiting in line/ outside the prison in Leningrad” – (for her son) – “One day somebody in the crowd identified me./ Standing behind me was a woman, with lips blue from the cold, who had, of course,/ never heard me called by name before” – (in the line there) – “Now she started out of the torpor common to/ us all and asked me in a whisper (everyone whispered there)/ –  “Can you describe this?”/ And I said, “I can”./ Then something like a smile passed fleetingly over what had once been her face.” – (Then, “Dedication” – let’s see, there are other passages, but they’re not as.. yeah.. there’s  different translations to this – I’ll read you one, a different translation than what we have here (in the anthology), so that you have a Cubist view of the poem)

“Mountains bow beneath that boundless sorrow/ And the mighty river stops its flow” – (Mountains stoop, mountains bow) – “But those prison bolts are tried and thorough,/ And beyond them every “convict’s burrow”/ Tells a tale of mortal woe./ Someone, somewhere, feels the cool wind bracing,/ Sees the sun go nestling down to rest./ We know nothing, we, condemned to facing/ Still the sickening clank of keys, the pacing/ Of the sentries with their heavy steps./ We’d rise, as for early Mass, each morning,/ Cross the calloused city, wend our way,/ Meet, more lifeless than the dead, half mourning,/ Watch the sun sink, the Neva mist forming,/ But with hope still singing far away./ Sentenced… And at once the tears come rolling,/ Cut off from the world, quite on her own,/ Heart reduced to shreds and almost falling,/ Just as if some lout had sent her sprawling./ Still… she staggers… on her way… Alone.” –   [the translation (continues)..]  “…That moan,/ That sudden spurt of woman’s tears,/ Shows one distinguished from the rest,/ As if they’d knocked her to the ground/ And wrenched the heart out of her breast,/ Then let her go, reeling, alone.” -(The traditional thing was that everybody was quiet and whispered on those lines, and there was total, supposed, discipline. Everybody was totally intimidated (as you might experience it if you go down in the Tombs in New York and have to go into Court), just the heaviness of the law on everybody’s soul. So nobody ever murmured, or made any kind of a scene, but, once in a while, the door would slam shut, because a lady was told (that) “No news”, (or “No message”, or “No record”), no record of the prisoner, after, say, being on the line for five years, all of a sudden they’d say there’s no record of this prisoner any more (which meant their death-sentence, actually – the death sentence). And then, occasionally, someone would freak out (though very often, not, most of the time, not). But, occasionally, somebody  would actually start screaming and make a scene and begin banging on the window, (or the window would slam shut and then people would have to bang on the window). The others in the line would say. “Come on, don’t make a scene. I’m waiting to get to my.. It’s my turn. You’ve had your news.. You’ve waited and you’ve had your chance”.  So there’s a sort of situation where one person waiting was set against another, and, if something horrible happened, the others were told to buzz off  – the one to whom the tragedy had befallen was told to quit and get out and not make a scene and not disrupt and not take up other people’s time because there’s a line of another hundred people behind them] – “..at once, the tears  come rolling,/ Cut off from the world, quite on her own,/ Heart reduced to shreds, almost falling,/Just as if some lout had sent her sprawling./ Still… she staggers… on her way… alone” – (And if she doesn’t “stagger on her way”, there are guards there to drag them off) – “Where are now the friends of my misfortune,/ Those that shared my own two years of hell?” – (the other people on he line, the “friends of (her) misfortune”) – “What do the Siberian snow-winds caution,/ What bodes the moon’s circle for their fortunes?/ Theirs be this, my greetings and farewell”. (To them I cry hail and farewell”) – (And the “hail and farewell is an echo of Catullus’ “ave atque vale” Horace, I suppose (Editorial note – no, Catullus) – “To you, hail and farewell”)

Then, “Prologue” – “That was the time only the dead/ could smile, delivered from their wars,/and the sign, the soul, of Leningrad/dangled outside its prison house” –  (The hung corpses)- “..and the regiments of the condemned/herded in the railroad-yards/shrank from the engine’s whistle song/Whose burden went, “Away pariahs!”/The stars of death stood over us./And Russia, guiltless, beloved, writhed/Under the crunch of bloodstained boots,/under the wheels of Black Marias..” –  (So this is tougher than anybody else’s poetry, anybody else who reacted – (Velimir) Khlebnikov made a joke out of the terror, (Osip) Mandelstam made more of an aesthetic cry (though there’s a few lines in Mandelstam like this “hillocks of human heads into the horizon“, if you remember). But this is direct Imagism, almost like direct Social Realist Imagism, almost – except the reverse, rather than praising the state, it was a direct (unflinching) look at the state.

Student:  Er..excuse me.. was her earlier.. did she write earlier stuff on the same subject with a less harsh tone because this is… (How was the earlier stuff?)
AG: More ironic, more ironic. But here, by (19)35 to (19)40, after her son was arrested, and she’d been through this, it became tragic.. sort of heroic, tragic beyond any kind of redemption – the situation so totally black that there was no way out.  Except poetry. Except leaving a record behind, except witnessing.  It seems to be one of the major themes.. It seems to be one of the major themes in all of Russian terror poetry, and poetry from the camps, which is everybody went crazy, practically, except a few rare souls who lived only to witness it, that is to say who decided that the only thing they could do for life anymore was to bear record (because nobody knew in the cities, nobody knew the horror) –  sort of like the concentration camps in Germany..there was one camp where three million people died, actually, thirty-six degrees below where Mandelstam was sent and where he presumably died – Kolyma, a camp in Siberia called Kolyma. Three million people died in that one place over that one period, 1935 to 1953, probably. 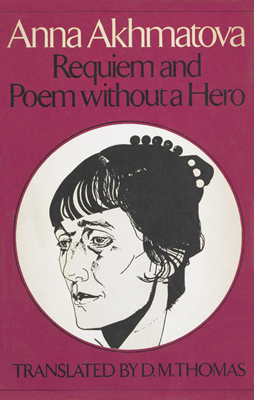