Two weeks since the last “Round-Up”, so let’s get right down to it..

Not-to-be-missed – Distant Neighbors, the Selected Letters between Wendell Berry and Gary Snyder, just published by Counterpoint. Watch the video of the two together, in conversation, at the recent (2014)  Festival of  Faiths in Louisville, Kentucky (moderated by publisher, Jack Shoemaker).There’ll be conversing again on June 27 in Santa Rosa.

An interview with Gary Snyder on “Buddhism, Beat Poetry and Environmentalism” may be accessed here.

Jack Kerouac‘s notebooks –  Joshua Rothman at The New Yorker reminded us of the revealing selection published by that magazine in 1998 (with a brief introduction by Douglas Brinkley) – “On The Road Again”, “span(ning) the years from 1948, when the twenty-five-year-old Kerouac had recently returned to New York from a cross-country trip, to 1950, when his first book, The Town And The City, was published.”

“January 1, 1948 … Wrote 2500 words, until interrupted by a visit from Allen Ginsberg who came at four o’clock in the morning to tell me that he is going mad, but once and if cured he will communicate with other human beings as no one else has – completely, sweetly, naturally. He described his terror and seemed on the verge of throwing a fit in my house. When he calmed down I read him parts of my novel and he leeringly announced that it was “greater than (Herman) Melville, in a sense – the great American novel”. I did not believe a word he said.
Someday I will take off my own mask and tell all about Allen Ginsberg and what he is in the “real” flesh. It seems to me that he’s just like any other human being and that drives him to wit’s ends. How can I help a man who wants to be a monster one minute and a god the next”.

“I Saw The Best Minds of My Generation Destroyed By Copyright Violation” is an unfortunate story – unfortunate on all sides. Aimee Levitt reports for the Chicago Reader about Joyce Johnson‘s discovery, and recent closing, of “the Runaways Lab Theater’s mostly improvised play”, based on her own Minor Characters

Nathan Coy, audio digitalization specialist at Stanford University writes about just two (one from 1971, one from 1989) of the many remarkable audiotapes of Allen preserved in the Stanford Special Collections Library – here

Bart de Paepe of Sloow Tapes (we’ve mentioned his project before) continues the technology (we’d previously mentioned his release of Allen’s  “London Mantra“). Among his most recent releases – Nanao Sakaki‘s “Wind For Mind” (“like (Matsuo) Basho meets (Henry David) Thoreau“, he deftly notes) – This tape collects two readings from the ‘(19)90’s, alongside an interview. A sample of the recording may be accessed here

Interested in observing a Tibetan response to Howl? – check out this

Other scatterings we’ve come across on You Tube? – well, we have to confess we’re somewhat partial to this setting of Allen’s “Back on Times Square, Dreaming of Times Square”  (the recitation is, quite seductively and quite successfully, offered in Greek)

For Allen himself, reading the poem in the original language, see here

And what’s  this ? – Allen Ginsberg vs (the great Chilean poet) Vincente Huidobro? – well, certainly no shortage of brio and enthusiasm! – who wins? –  we’ll respectfully call it a draw. 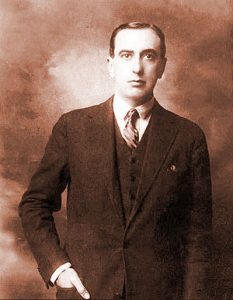 A funny thing happened this week on our Facebook page (well, not so funny, we were censored!). Internationally-renowned photographer Richard Avedon‘s oft-glimpsed (indeed, arguably iconic) image of Allen and Peter Orlovsky (the cover image of Peter’s new book) was deemed “inappropriate”, not befitting Facebook’s community standards, and was ignominiously taken down! What next?

It seems David S Wills of Beatdom had a not dissimilar experience over on his site.

Sad news to report today, at the conclusion of today’s Round-Up, Elodie Lauten (featured here only a couple of weeks ago) passed away this week. She was 64 years old. She was a remarkable talent. She will be much missed.

“An oddly quirky, ever-upbeat personality with a touch of Zen mysticism” – Kyle Gann‘s obituary  (for Arts Journal) can be read here.
Her Waking in New York, an opera, composed around the writings of Allen Ginsberg may be seen (and heard) in its entirety (from a recent performance) here.