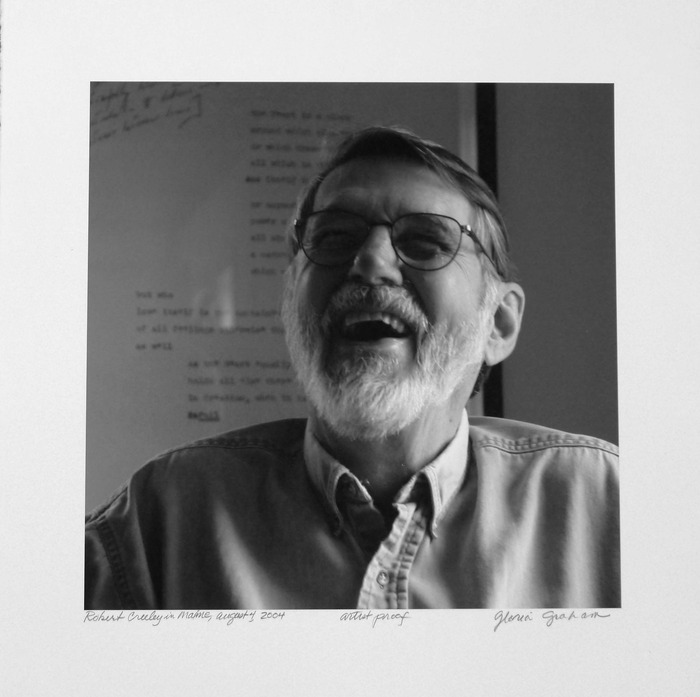 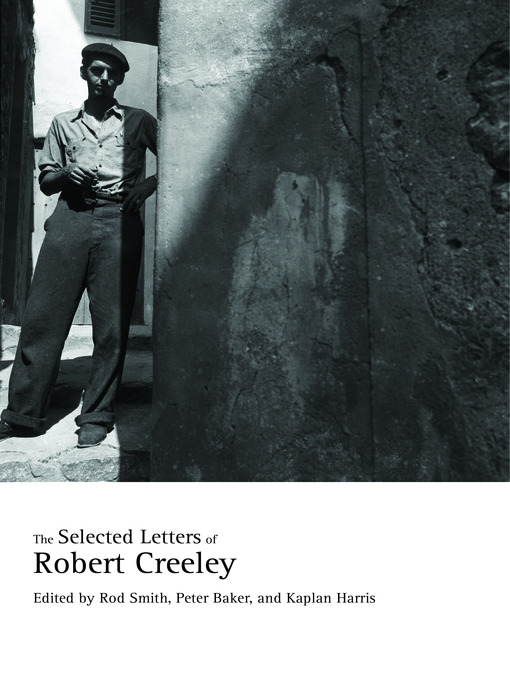 Feb 6 1957, Albuquerque, New Mexico –  “Dear Allen, I’m ashamed to say, nothing much at all has been the matter, i.e. I’ve wanted to and have thought to write often – and have had you and Jack (Kerouac) and Peter (Orlovsky) much in mind if that is not pompous to say. Over the time I had off at Xmas, I went to Mexico,and caught up with Mitch & Dennie [Editorial note – Mitchell Goodman and Denise Levertov] in Barra de Navidad (on the coast), and had at least some time with them, and so, as well, heard about your visit very happily. I wish somehow I might have been there (too)….

September 7 1959, Guatemala – “Dear Allen, We made it, like they say, and glad to hear you did likewise. So that’s that. It was a very good ride back with you and the chance to talk and all I’d been hoping to have . There is no one that makes more sense of the politics of the so-called scene than yourself , and likewise I think what you’re making of the unresolved areas of communications and control, etc, comes in very usefully.  i/e. when is a man a sandwich, if you ask him to, and so on.  That stroboscope image still hangs in my head, like who controls rhythm controls, as (Charles ) Olson used to quote somebody or other.(Nirvana, the great mystic, etc.). Reading that part of “Kaddish” in Big Table #2, hearing it again on the tape-recorder (and I’ll send shortly a tape of poems. etc.) , it makes it thicker, denser, more variable , than heretofore (“Howl”). the “message”, Norbert Wiener style is registered in a wider range of “frequency” – it anticipates and leads, giving the reader less area to “reject” in, etc, etc. Ah well! The “feed back” of your own terms, as they occur, declared in the poem, i.e, as you, say, get them, add to the interest likewise. That way I read (William) Burroughs as coming to “terms” in his writing, coming to not so much abstracts of the so-called experience , but patterns that amend and fix it. He uses his mind as a way-out IBM machine, seeing what kind of change the thing can take – because take it must, etc. Or else it can’t matter. That humor of his is fatal (mortal) as is all same – only people who really want to live forever, or who don’t get the joke, so to speak, never laugh. I am very damned taken by everything of his which I read…

December 24, 1959, Guatemala – (to Charles Olson) –  “..I want to..put Allen G, for one, in the context I read him, i.e not in the popular image, though god knows that’s a part also – but qua writing (which, for me, is of course the continual seepage, lost, of what now occurs – that the attitude starts too far back of the poem which is then meant to contain it. And yet Allen clearly, as (William Carlos) Williams said, “thinks with the poem. In that lies his thought. And that is the profundity, etc. I.e, the poet, the poet, the poet, etc)…

March 16, 1960, Guatemala – (to William Carlos Williams) – “…the means wherewith to control the line, and invent upon its nature “fit occasion”, like they say…Talking last summer with Allen Ginsberg, I find the same concerns in him – and in (the) opening section of “Kaddish”, there seems a much more tangible (certainly closer and more determined) sense of measure…Ginsberg is a very helpful friend, in many ways, and not least in the range of line he is attempting , no matter just now with what success, because the very width of the divergence attempted seems to me useful…”

July 16, 1964, Placitas, New Mexico – (to Alexander Trocchi) – “..I much respect Allen Ginsberg’s contemporary activity in politics – ..very local, and making, at base, an active “fantasy” of the content proposed by institutions as presidents etc…”

June 2, 1965, Placitas, New Mexico – “Dear Allen, We saw a note in NY Times about your being crowned King of May, like they say, in Prague – which seems a lovely triumph. Bobbie (Creeley – Bobbie Louise Hawkins) made a collage of spritely cherubims dancing about it, so you are eternal.. Too, very very happy that you got the Guggenheim. That’s progress for them clearly, and I hope it serves you to some use you’ve wanted…

November 1, 1975, Buffalo – “Dear Allen, That was such a happy evening down there! Your apartment is charming! And your generous intro to myself was so sweet, truly. Thanks.

Elsewhere, “.. sad to miss meeting Bob Dylan (my hero!) – I thought Jim Brodey was putting me on! Apparently Bill Katz thought it was [just] someone playing a record – etc. It’s a hard life..”

January 1 1992, Buffalo – “Dear Allen, A very Happy New Year, or else we speak to God personally. I just saw the enclosed in our local paper last night and since the date you are noted as taking ill is December 21, the solstice no less (and [my daughter] Hannah’s birthday), I’ve got to presume the information about you recuperating in Cooperstown, etc, is accurate. Remember you up past two hustling cash for Steve Lacy‘s company in Boulder, and then up at five to say goodbye to me so generously, I must think it’s time to be simply easier on yourself  and/or more thoughtful as to what you need. Well that you know, but (as like smoking which I seem finally to have managed to stop after getting pneumonia this summer about a week after seeing you) I guess it has to be work to do in fact do it. Since you are that company most dear to my own ears and heart, do be provident and not simply providence itself. I wish I could see you much more often, but you are certainly always in mind no matter. Onward!…”

and (out of sequence) – here’s a “failed” poem (from 1963) to Bob from Allen (“trying to approximate your style, the middle stanza almost makes it no? but the last line sing-songs bad”) – “B.C. ” I was waiting for Eternals/superimposed on blue sky/and apartment building walls/I was in 15 years before/come back through future doors./I can’t wait forever,/I didn’t and came back here/by myself feeling sure/lost in this University/with other males and females/looking in Creeley’s like eye,/and we all told similar tales” – Creeley’s response – “… Allen – who really I love very much.. this side of him.. is so little recognized.. the way he tries, and studies, and thinks – and all the shyness therein”.

Allen actually managed to essay a more successful “Creeley poem” ten years later – “For Creeley’s Ear” – “the whole/ weight of/ everything/ too much/ my heart in/ the subway/ pounding/ subtly/ head ache/from smoking/dizzy/a moment/riding/ uptown to see/Karmapa/Buddha tonite”.

Here‘s (here in its entirety) the glorious Harvard event, celebrating the publication of The Selected Letters .. – The Creeley Collective

Here’s the event (February 2014)  celebrating the bequest of his library to the University of  Notre Dame’s Hesburgh Library. Penelope Creeley, Steve Clay and Kaplan Harris are among the speakers. Penelope Creeley’s wonderful memoir, “Robert and Books” (we’ve mentioned it before here), should,  by the way, on no account be missed.

Reviews of the Selected Letters here, here and here.

For Creeley, the poet, celebrate the birth today with this April 2000 reading and discussion, expertly recorded and presented by the Kelly Writers House over at the University of Pennsyvania

(Their PennSound page for Robert Creeley is here)

For a glimpse of Creeley, the astute critic, see here (musings on his fellow New Englander, Emily Dickinson – (transcription by Graham Foust))

The entire Collected Essays are on line