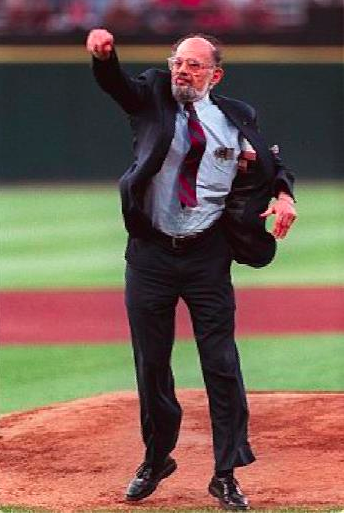 Our friend, Chris Funkhouser has a must-read piece (part of a four-part series) in Jacket 2 on his experiences with audio recording (and in this case, in particular, the recording of Allen Ginsberg). “I studied with Allen..at Naropa in 1986”, he writes. “He was my teacher and friend from then onward. There’s no question my sense that poetry could (if not should) be an electrified-multimedia performance came from (him). With so many years of practice he had great stage presence (and) was extremely focused when it came to using language and a microphone. His energy was seemingly always in demand from one quarter or another. His literary life transpired around-the-clock with endless requests for interviews, and he was amazingly responsive to those who made contact with him. I learned much from Ginsberg (particularly about tolerance), and have a few (several) memorable experiences that involve the audio/recording realm.”

He goes on to recount memories of backing-up Allen on “Birdbrain”, on being a “poetry roadie” on the 1989 Lion For Real recording sessions, on overseeing more personal projects (“a 1991 We Press/Gargoyle Mechanique benefit in New York where he read then-recently-unearthed (Jack) Kerouac poems, “the Poetry Project‘s 1993 Valentine’s Day reading, where Ginsberg reads a poem”, “a late-night conversation and tuning of (Thomas) Campion..captured in Boulder in the summer of 1987″, and, “a tremendous performance of singing and poetry (one hundred minutes on stage), spanning all periods of his work“, recorded in April 1994, up-state at Hudson –  Allen’s equally stunning workshop on that occasion was, similarly, recorded, and can be found on Chris’ “Soundbox” collection here (an invaluable trove that includes, alongside the aforementioned Kerouac reading, recordings of Amiri Baraka, Cecil Taylor, Ed Sanders, Andy Clausen, Anne Waldman, and so much more).

Elise Cowen, whom we wrote about a few weeks back, is revisited here in Megan Keeling’s note – “Elise Cowen – The Female Beat Poet You’ve Never Heard Of”

but what of ruth weiss? – eighty-six years old and still going great!  Can’t Stop The Beat. We would point you to the extensive interview with her (by Thomas Antonic) on the current European Beat Studies Network …

and while we’re on the subject of “women beats” – Joanna McClure – only a year late in getting around to reviewing her Collected Poems – Catching Light, lovingly assembled by North Atlantic Books (same folks that brought you the Collected Poems of Lenore Kandel).
Here‘s Joanna on Lenore Kandel.
Here’s Joanna (introduced by Gerald Nicosia) sharing some thoughts and recollections about Jack Kerouac.

Here’s Joanne Kyger on Joanna McClure – “Joanna McClure writes with a delightful and charming authenticity. Fresh, direct, and observant, her honesty and intelligence shine through the decades..”

& not a Collected but a Selected by Kaye McDonough