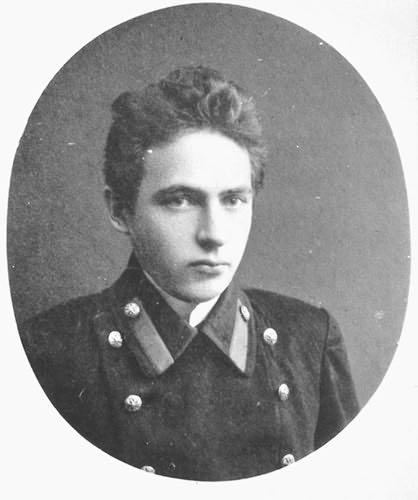 AG: Now I would like to go back to 1908, a few years before that, to (Velimir) Khlebnikov, who was, for Russian Futurism, the great master of all these mad forms and breakthroughs. We had a little bit of Khlebnikov before, since, actually, you might say, after (Arthur) Rimbaud, he may be the first modern poet. I don’t know who influenced who  – there were the Italian Futurists with (Filippo) Marinetti and there were (the) Russian Futurists, Khlebnikov and (Vladimir) Mayakovsky – and the Russians began their outrageous poetry (in) 1905, (19)o7, (19)08, (19)09, 1910. The Italian Futurists had similar experiments around the same time.

Student: Yes, he is

AG: Ah.. Richard..  would it be possible to do… do we have the…”Incantation by Laughter” still? Mr Poe? Is that around? What book was it in? The Russian? – Ah, it was in the other one.. Okay. Maybe we can get that next time.  There are various translations of it here, but the earliest and most famous war-horse piece of that kind is – 1908 – “Incantation by Laughter“, by Velimir Khlebnikov, 1885-1922:

And later, let’s see, what else of that era, of that time?. He made experiments in sound poetry – that was his speciality. This is perfect for Russia:

[Audio for the above may be heard here, beginning at the start and through to approximately four-and-three-quarter minutes in – and also here]