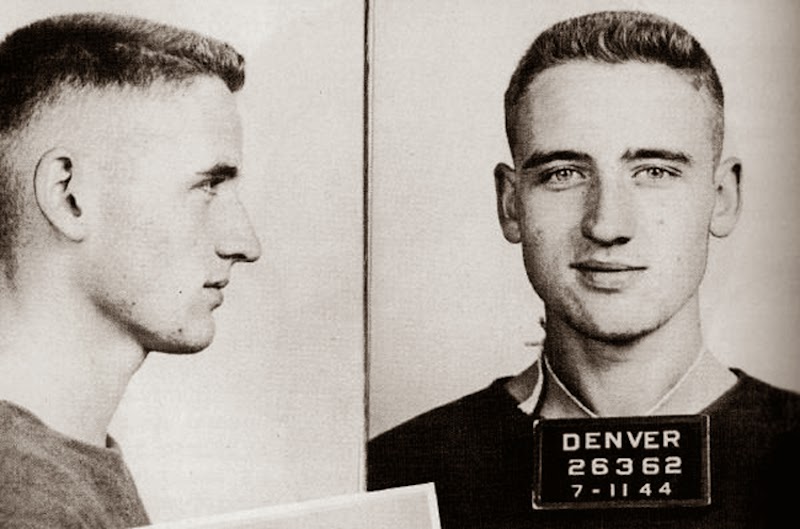 News from New York – it seems that this summer’s regular Howl! Festival won’t be happening this year. More on that story here – and here and here is “Plutonian Ode” (from the following year, likewise ensemble). 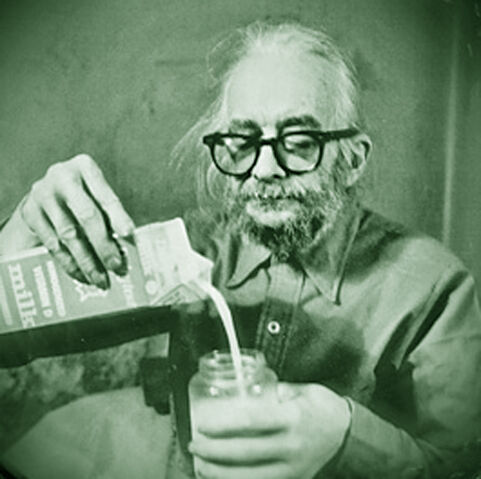 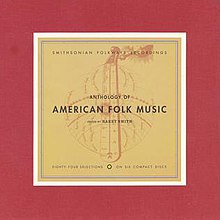 Next Thursday, Thursday May 1st, at London’s Horse Hospital, a book launch for Joe Ambrose and A.D.Hitchin’s recently-published “Cut Up” anthology

Allen, the great correspondent –  The American Reader has occasionally spotlighted several particularly engaging examples. This (from 1947) to Lionel Trilling, this (from 1952) to Neal Cassady, and now this (from 1956 – that seminal moment), a note to his father. Louis Ginsberg.

Another important letter (to Diane di Prima, from 1981, in which he admits, “..I guess communism just doesn’t work (tho’) Socialist Austria seems pretty free and independent-minded..”) goes up on the auction block next Tuesday. More information about that particular Ginsberg communication here   (and also here)

More Ginsberg recollections. Here‘s Chuck E Weiss, in an interview, recalling attending to him in a record store, in Denver, sometime in the mid (19)70’s – “I developed a particular hatred for Allen Ginsberg”, he declares, “because he used to come in and I’d have to wait on him and he’d mispronounce (the) names of artists that I liked and (so) I started to resent him. Once he came in and asked, “Do you have an Shen-yah?”. I said, “Oh, ah, Clifton Chenier, you mean, man”. Then he pulled out a Ma Rainey album and said, “You know, she was a lesbian”. I didn’t care. So the great Allen Ginsberg, I hated to wait on.”

Bob Ingram at Broad Street Review remembers his editorship of the Philadelphia underground newspaper, The Drummer – and Allen’s awareness of posterity, Allen’s tenacity –  “I was just typing Allen Ginsberg’s name when the phone rang and it was Allen Ginsberg himself. “Allen! Jesus! I was just typing your name! Honest!” “Look”, he said, “I haven’t got time for any metaphysical bullshit about cosmic confidences. Bockris-Wylie had some mistakes in that story (that you’re about to print about me) and I want them corrected in the next issue so that literary scholars fifty years from now will have the right information.”

Here’s Charles Simic in the wonderfully titled “The Great Poets’ Brawl of ’68”, in the blog for the New York Review of Books – A poetry punch-up? – “As soon as the fight started, Allen Ginsberg went down on his knees and began chanting some Buddhist prayer for peace and harmony among all living creatures, which not only distracted those fighting, but also startled a few puzzled couples who had discreetly retreated into the bushes during the party and were now returning in a hurry with their clothes in disarray.

Herb Gold, the legendary Herb Gold, “elder statesman of the Beat Generation” was interviewed in the San Francisco Chronicle this week (“Allen was a good friend. He was serious – about being gay, about love, about poetry, of course. But he also had a good sense of humor”)

&, pretty much contemporaneous to the record-store story, mid (19)70’s, here’s Dan Nielsen’s account of  “An Evening With Allen”.