James Parker, in The Atlantic, on Burroughs (and Miles’ Burroughs biography) is well worth reading (as is Davis Schneiderman & Philip Walsh‘s 2004 Retaking the Universe – William S. Burroughs in the Age of Globalization, now presented with a new preface and  new introduction, and available, in its entirety, on line, at that nonpareil in Burroughs scholarship, the estimable Reality Studio site)

Other Beats –Todd Tietchen on his custodianship of Kerouac’s The Haunted Life.

And here’s Paul Maher Jr in the Los Angeles Review of Books (them again!) on that book.

And Douglas Kennedy in The New Statesman on Kerouac and Burroughs

Here’s a sweet personal piece we missed – Guillermo Parra on “Visiting Jack Kerouac in St.Petersburg” (Florida).  Kerouac traces. If you’re ever in Florida, don’t miss out on the Kerouac house

And another personal note – Tina Siegel looks back on Ed Sanders‘  2000 biography-in-verse of Allen,  The Poetry and Life of Allen Ginsberg. 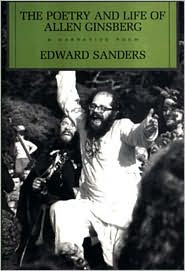 There’s another review of that book here

– and another one here