March 21, in case you didn’t know it, has been officially declared by the UN (by UNESCO) “World Poetry Day”

Fanny Wallendorf‘s  wonderful translations into the French of Neal Cassady‘s Letters  ‘Un truc tres beau qui contient tout”  (“It’s a beautiful thing, with everything in it”) –  (the title, taken from Neal’s 1948 letter to his pal, Bill Tomson) have just been (just this past month) published.    See here and here. ( note – texte en francais)

We should point out that the book only covers the years 1944-1950 (a second, concluding, volume is due sometime in the future). For the full range, see David Moore’s 2005 Penguin Books collection (curiously Moore and his work is nowhere credited in the Wallendorf book!)

Here’s another important book of letters, (from the University of New Mexico Press) – Amiri Baraka‘s critical correspondence with Ed Dorn 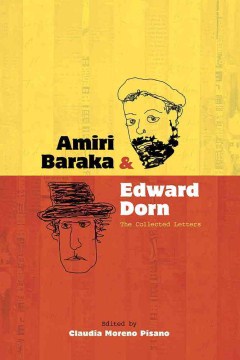 (there will be a book-launch and discussion about this book, this coming Monday, at the City University in New York, (CUNY), 6.00 p.m. at the CUNY Graduate Center)

and we recently reported on this one, didn’t we, (from the University of California) – Robert Creeley‘s Selected Letters

Lawrence Ferlinghetti‘s travel journals are to be published, it’s been officially announced  – “Writing Across the Landscape: Travel Journals (1950-2013)” will be published by Liveright in September 2015.  According to the publishers, it will “offer a fuller portrayal that goes beyond more fleeting associations with the Beats, revealing a more intimate, personal side and a deeper view of Ferlinghetti’s political engagement at significant moments in twentieth-century history”..” “(It) will bring together a vast store of primarily unpublished hand-written travel journals and notebooks as well as out-of-print and hard-to-find published works”.

Here’s Alison Flood in The Guardian on this.