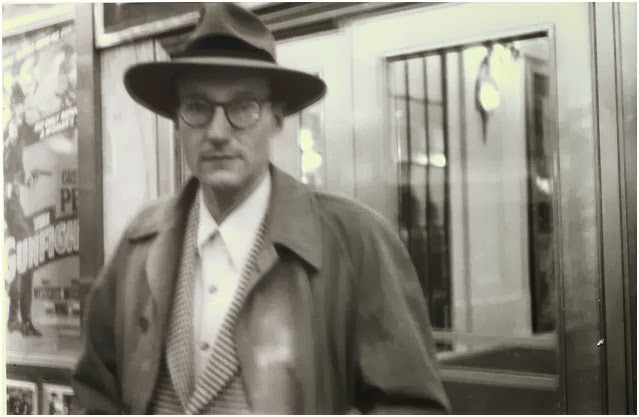 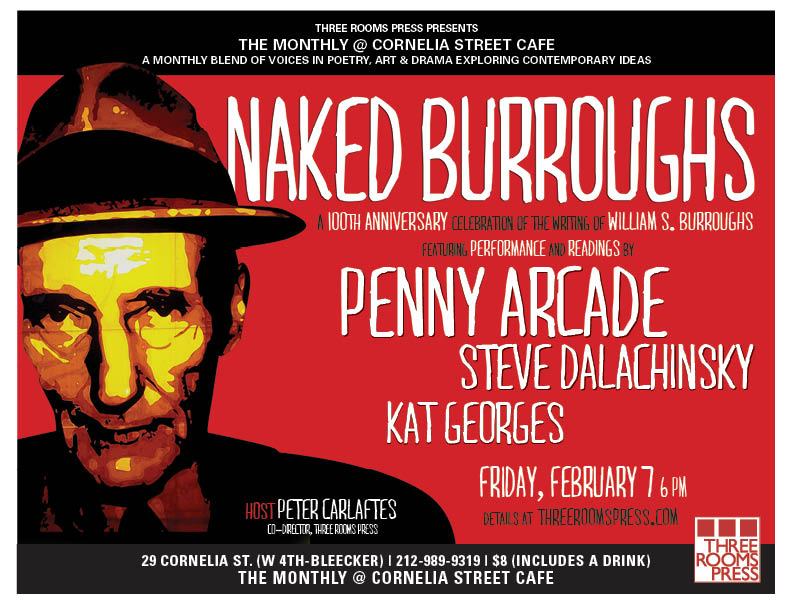 Meanwhile, in Bloomington, Indiana (a lot of activity going down)

So William Burroughs Centennial week passes (tho’ plenty more Centennial events to come – look out for a flood of New York City events, for example, in April)

In New York, Marshall Weber gave/presented a marathon reading at the Munch Gallery.
In London, Iain Sinclair spoke (“Ghosts of A Ghost, William Burroughs Time Surgery and the Death of the Image”). In Paris, Cabaret Toxique gave a multi-media spirited salute to him; in Zurich, in Berlin, in Toronto… elsewhere, more events.

In St Louis, there was an evening celebration and an afternoon by-the-cold-grave-site gathering. 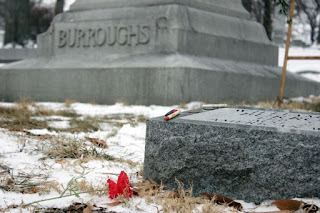 This Sunday, at City Lights in San Francisco, “An Algebra of Apocalypse”– Jello Biafra, V Vale, Robert Gluck, Kevin Killian, among others, will “explore the fiction and philosophy of one of the most important writers of the twentieth-century.” 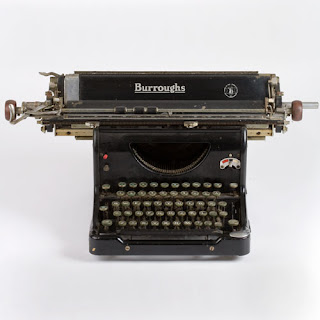 Here’s some gleanings from William’s (world-wide) press coverage this week, starting with…  Will Self, last week, in The Guardian,
Sand Avidar-Walzer, in the L.A.Review of Books and Jim Ruland and David Ulin in the L.A.Times

Darran Anderson considers his work in The Quietus
Simon Warner in The Conversation
Levi Asher at Literary Kicks.

Flavorwire has “Twelve Cultural Icons on His Influence”

Here’s another friend recollecting, John Giorno  (his spoken-word performance on the death of Burroughs, in 1997 can be found here)

and Thurston Moore (ex-Sonic Youth) remembers him here as a rock n roll and cultural influence.

Non-English recollections and notices. Too many to mention, but we might single out Michael Kellner in Der Spiegel (other German-language postings here, here and here),
Spanish, Portuguese, Greek, Italian, Polish, Russian.

The two-day gathering in Salerno, Italy, at the University, “Saccheggiate Il Louvre” was a crucial and important gathering.

Other news? There is other news. 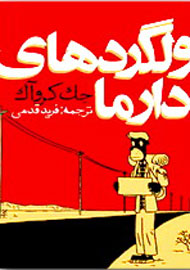 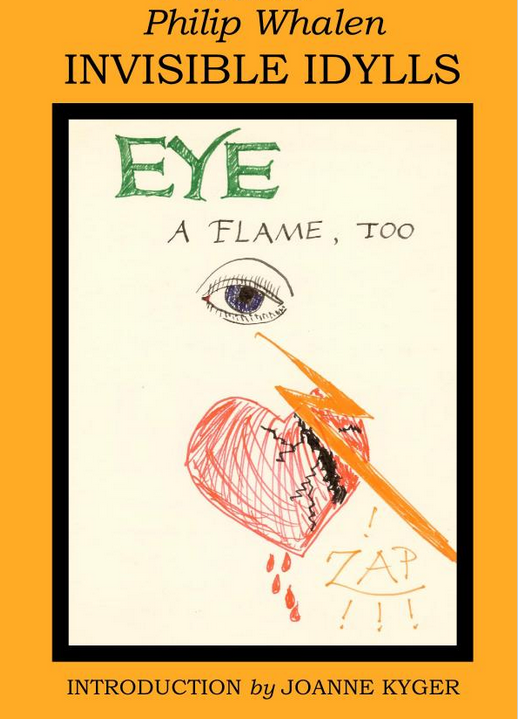 Neal Cassady‘s Birthday is tomorrow (and more of that tomorrow). Tonight Denver celebrates the Fifth Annual Neal Cassady Birthday Bash (8 o’clock, upstairs at the Mercury Cafe) with special guests John Sinclair and the Blues Scholars and the David Amram with his Quartet (augmented by jazz masters, Richie Cole and Janine Santana)  Cathy, Jami and John Allen Cassady will be there presenting a special tribute to their mother, the late Carolyn Cassady