Expansive Poetics – (The Spirit of Romance)

AG:  To make a long story short, (Ezra) Pound went to Venice, (and) studied some classical languages and Renaissance, and Provencal poetries, specializing in two areas – one, where the language moved, from Latin to a provincial language, that is to say, where writers made the transition from writing in classical Latin to writing in French Provencal, or troubadour language, or.. what other languages?..in Italy, that was..

Student: It’s Provencal in the south of France, and koine for northern Spain and Italy

AG: What was it called?

Student: But the lower… and, uh.. the whole south of France.. and then the Italian poets learned it and wrote in that language rather than Italian.

AG: Who was the first to.. what did Petrarch write in ?

Student: He wrote in Italian.

AG: Was he the first to shift?

Student; No, he was the last of the troubadours.

Student: William of Aquitaine. He died in 1127. 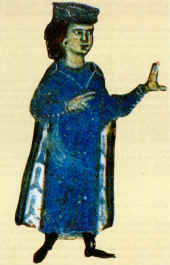 AG: Um-hmm.  And then Dante sort of climaxed all of that by making formal Tuscan language?

Student: Well the.. first Italian poetry was composed at the court of the Emperor Frederick II who died in 1250. So those first decades there..

Student: …but most of the terminology was adapted from Provencal to Italian.

AG: Um-hmm – So (Ezra) Pound’s special study was Provencal, and he translated many of the troubadours, minstrels, and German minnesingers, His interest was that cultural change where people wrote in idiomatic languages rather than in the official language, in Latin. He was also interested in going back and researching the measures of ancient Greece and Rome, (because we got our nomenclature and our structure of prosody from the old Greek. As I said, the Greek prosody specialized in quantity or the length of the vowel rather than stress) 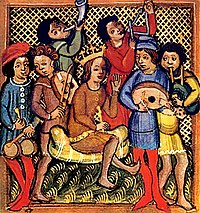 He also went to study Chinese a little bit, because Chinese had a picture-language, which was visually clear, like Imagism, so you couldn’t get away with bullshit – writing big poems about truth and beauty without defining them. Whereas in Chinese those words had a pictorial, functional definition – a process rather than an abstraction.

Marianne Moore decided that what she would do would be to count the number of syllables in each line, arbitrarily – make a stanza-form that would have five syllables, and then the next line ten syllables, and the next line two, and the next line twelve, say. It was a little bit like a butterfly’s wing, sort of arbitrary-looking. Then she would repeat the same syllable count and stanza form from stanza to stanza. With her, it was taking the mechanical count of the syllables and then having the rhythm of the speech run counter to that, so you get a little syncopation that way. And I worked a little bit with that in an early book, Empty Mirror, and that syllable-count is one thing that everybody should practice, because to get an ear for syllables is very good. And also many of the classical lines are syllable, hendecasyllable..