William Seward Burroughs Tanger Villa Mouneria, 1961, his garden room, time of intense Cut-up prose experiments, Nova Express tracing controllers of hypertechnologic planetary disaster “along the  word lines” of their propaganda imagery back to the image bank.” Probably “a trust of giant insects in another galaxy” manipulating their human hosts to wreck the earth with radioactive crap so another life form could move in and take over the territory – photo c. The Allen Ginsberg Estate

< William Burroughs Centennial and we at the Allen Ginsberg Project will be spotlighting various Burroughs and Ginsberg-and-Burroughs-related materials in the months to come. We’ll start off with this, a fairly important piece. According to Joe Maynard and Barry Miles,in their William S Burroughs: A Bibliography 1953-1973 , this was the first published interview with the great man (It appears, of course, in Sylvere Lotringer’s Burroughs Live – The Collected Interviews of William S Burroughs 1960-1997 (2000). It appeared in the 1961 issue of the Journal for the Protection of All Beings, a periodical edited by Lawrence Ferlinghetti and published by his City Lights Books in San Francisco. Gregory Corso and Allen question the sage William. Gregory Corso:What is your department?

GC: What say you about political conflicts?

WSB: Political conflicts are merely surface manifestations. If conflicts arise you may be sure that certain powers intend to keep this conflict under operation since they hope to profit from the situation. To concern yourself with surface political conflicts is to make the mistake of the bull in the ring, you are charging the cloth. That is what politics is for, to teach you the cloth. Just as the bullfighter teaches the bull, teaches him to follow, obey the cloth.

GC: Who manipulates the cloth?

Allen Ginsberg: What is death?

WSB: A gimmick. It’s the time-birth-death gimmick. Can’t go on much longer, too many people are wising up.

GC: Do you feel there has been a definite change in man’s makeup? A new consciousness?

WSB: Yes, I can give you a precise answer to that. I feel that the change, the mutation in consciousness, will occur spontaneously once certain pressures now in operation are removed. I feel that the principal instrument of monopoly and control that prevents expansion of consciousness is the word lines controlling thought, feeling and apparent sensory impressions of the human host.

AG: And if they are removed, what step?

WSB: The forward step must be made in silence. We detach ourselves from word forms — this can be accomplished by substituting for words, letters, concepts, verbal concepts, other modes of expressions: for example, color. We can translate word and letter into color — (Arthur) Rimbaud stated that in his color vowels, words quote “words” can be read in silent color. In other words, man must get away from verbal forms to attain the consciousness, that which is there to be perceived at hand 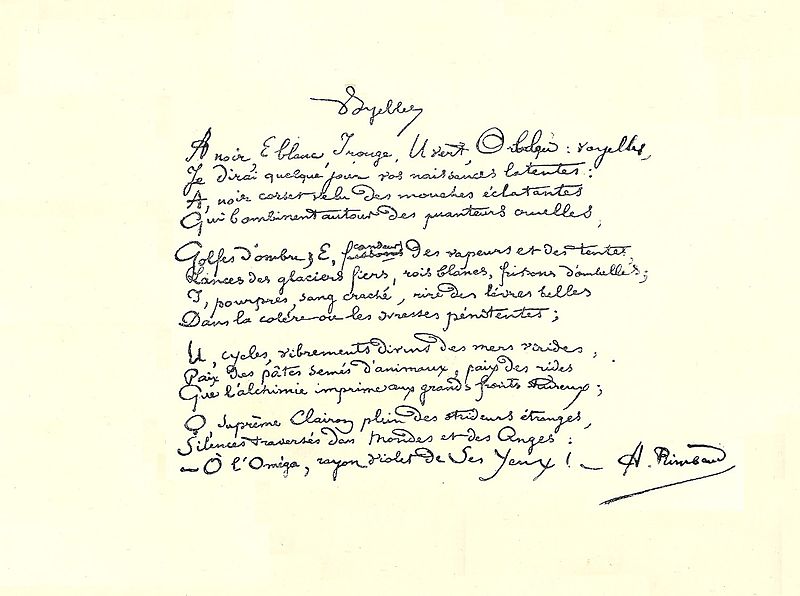 GC: How does one take that “forward step,” can you say?

WSB: Well, this is my subject and is what I am concerned with. Forward steps are made by giving up old armor because words are built into you — in the soft typewriter of the womb you do not realize the word-armor you carry; for example, when you read this page your eyes move irresistibly from left to right following the words that you have been accustomed to. Now try breaking up part of the page like this:

GC: Reading that it seems you end up where you began, with politics and it’s nomenclature: conflict, attain, solution, monopoly, control — so what kind of help is that?

WSB: Precisely what I was saying — if you talk you always end up with politics, it gets nowhere. I mean man it’s strictly from the soft typewriter. 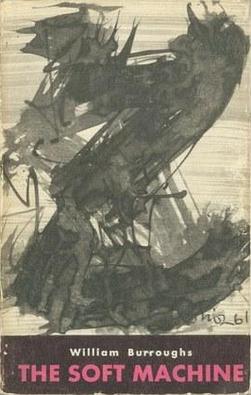 GC:What kind of advice you got for politicians?

WSB: Tell the truth once and for all and shut up forever.

GC: What if people don’t want to change, don’t want no new consciousness?

WSB: For any species to change, if they are unable and are unwilling to do so — I might, for example, have suggested to the dinosaurs that heavy armor and great size was a sinking ship, and that they do well to convert to mammal facilities — it would not lie in my power or desire to reconvert a reluctant dinosaur. I can make my feeling very clear, Gregory, I feel like I’m on a sinking ship and I want off.

GC: Do you think (Ernest) Hemingway got off?

AG: What about control?

“The War Room” from Stanley Kubrick’s “Dr.Strangelove”. The film opened on January 29, 1964.It was originally scheduled for November 22, 1963, but was cancelled when President John F Kennedy was assassinated

WSB:  Now all politicians assume a necessity of control, the more efficient the control the better. All political organizations tend to function like a machine, to eliminate the unpredictable factor of affect — emotion. Any machine tends to absorb, eliminate, Affect. Yet the only person who can make a machine move is someone who has a motive, who has Affect. If all individuals were conditioned to machine efficiency in the performance of their duties there would have to be at least one person outside the machine to give the necessary orders; if the machine absorbed or eliminated all those outside the machine, the machine will slow down and stop forever. Any unchecked impulse does, within the human body and psyche, lead to the destruction of the organism.

AG: What kind of organization could technological society have without control?

WSB: The whole point is, I feel the machine should be eliminated. Now that it has served its purpose of alerting us to the dangers of machine control. Elimination of all natural sciences — If anybody ought to go to the extermination chambers, definitely scientists. Yes, I’m definitely antiscientist because I feel that science represents a conspiracy to impose as the real and only universe, the universe of scientists themselves — they’re reality-addicts, they’ve got to have things so real so they can get their hands on it. We have a great elaborate machine which I feel has to be completely dismantled — in order to do that we need people who understand how the machine works — the mass media — unparalleled opportunity.

AG: Who do you think is responsible for the dope situation in America?

WSB: Old Army game, “I act under orders.” As Captain Ahab said, “You are not other men but my arms and legs –” Mr. Anslinger has a lot of arms and legs, or whoever is controlling him. Same thing as the Eichmann case: he’s the front man who has got to take the rap. Poor bastard, I got sympathy for him. 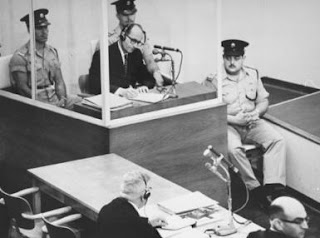 Adolf Eichmann, listening as the court declares him guilty on all counts at his war crimes trial in Jerusalem onDecember 15 1961

GC: Could you or do you think it wise to say who it will be or just what force it will be that will destroy the world?

WSB: You want to create a panic? That’s top secret — want to swamp the lifeboats?

WSB: Take for instance some Indians in South America I’ve seen. There comes along this sloppy cop with his shirt buttons all in the wrong hole. Well then, Parkinson’s law goes into operation — there’s need not for one cop but seven or eight, need for sanitation inspectors, rent collectors, etc.; so after a period of years problems arise, crime, dope taking and traffic, juvenile delinquency. So the question is asked, “What should we do about these problems?” The answer as Gertrude Stein on her deathbed said, comes before the question — in short before the bastards got there in the first place! That’s all 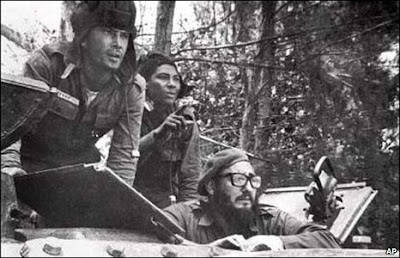 WSB: All political movements are basically anti-creative — since a political movement is a form of war. “There’s no place for impractical dreamers around here,” that’s what they always say. “Your writing activities will be directed, kindly stop horsing around.” “As for the smoking of marijuana, it is the exploitation for the workers.” Both favor alcohol and are against pot.

WSB: I’m against Capitol Punishment in all forms, and I have written many pamphlets on this subject in the manner of (Jonathan) Swift’s (A) Modest Proposal pamphlet incorporated into Naked Lunch . Naked Lunch as an obscene book. Most all methods of capitol punishment are designed to inflict the maximum of humiliation — not attempts to prevent suicide.

AG: What advice do you have for American youth who are drawn to political action out of sympathy for the American revolution?

WSB: “I wouldn’t be in your position” — old saw. If there is any political move that I would advocate it would be an alliance between America and Red China, if they’d have us.

GC: What about the Arab peoples — how are they faring?

WSB: They’re stuck back thousands of years and they think they’re going to get out with a TV set. 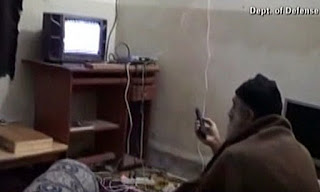 GC: What about the Negros, will they make it — not only the ones in the South, but everywhere?

WSB: Biologically speaking the Afro-Asiatic block is in the ascendancy — always remember that both Negro and White are minority groups — the largest race is the Mongoloid group. In the event of atomic war there is a tremendous biological advantage in the so-called undeveloped areas that have a high birth rate and high death rate because, man, they can plow under those mutations. The country with a low birth rate and low death rate will be hardest hit — and so the poor may indeed inherit the earth, because they’re healthier. 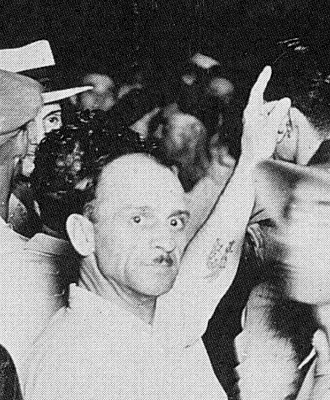 AG: What do you think of White Supremacy?

WSB: The essence of White Supremacy is this: they are people who want to keep things as they are. That their children’s children’s children might be a different color is something very alarming to them — in short they are committed to the maintenance of the static image. The attempt to maintain a static image, even if it’s a good image, just won’t work. 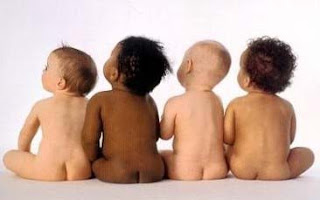 GC: Do you think Americans want and could fight the next war with the same fire and fervency as they did in World War II?

WSB: Undoubtedly, yes — because they remember what a soft time they had in the last one — they sat on their ass.