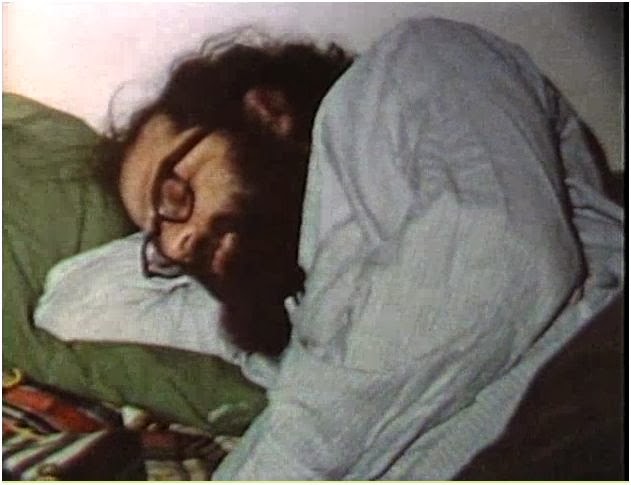 We’ve spoken of the Allen and Robert Creeley relationship before (and will again). Meantime, glimpse the two of them together (and a whole roster of other “famous names” –  “company”, in Bob’s memorable term –  Charles Olson, Robert Duncan, John Wieners,  Denise Levertov,  Gary Snyder,Michael McClure, Tuli Kupferberg, Ed Sanders,  Ed Dorn, Alex Trocchi..
The list goes on..
Charles Bernstein has generously put up Bobbie Louise Hawkins‘ old home-movies (from 1962 to 1965) up on PennSound (and on Jacket 2).

Meanwhile, glimpses of a later Creeley – Penelope Creeley has written a delightful memoir of magical years with her husband, in so far as it relates to books and reading. That piece is published in conjunction with a symposium that will take place, next week, at the Rare Books and Special Collections Library at the University of Notre Dame, repository for his collection. The symposium also honors the recent publication of The Selected Letters of Robert Creeley and will be live webcast.

Speaking of University archives. As we previously announced, the University of Toronto is now the enviable custodian of the largest collection of Allen Ginsberg photographs in the world. Here‘s the Toronto Star‘s announcement of the coup. In the Fall in Toronto, there will be a special exhibition.

Last night, (but up it’s until March 8), at the Steven Kasher Gallery in New York City, was the opening of a big Fred W. McDarrah show – Save The Village – featuring a plethora of extraordinary photos, (among which, iconic Allen images – like this one – and this).

All this weekend, in Ipswich, England, a  Festival of the Beats.

William Burroughs Centennial events are continuing (this coming Wednesday is the actual birth-date). We warn you, we at the Allen Ginsberg Project, in the coming days, are likely to become seriously Burroughs-centric (well, in fact, what the heck, we’ve already started!)

Ron Silliman weighs in on Beats and the movies (drawing together “On The Road”, “Kill Your Darlings“, and “The Line Has Shattered” (the recent documentary on the landmark 1963 Vancouver Poetry Conference -there’s footage from that conference in the Creeley footage mentioned earlier) – here

Rapacious real-estate is at it again.  Allen’s old 170 East 2nd Street place in Manhattan’s East Village, where he lived from August 1958 to March 1961, is about to be given some “renovations”. For a glimpse of a classic turn-of-the-century tenement (via the ever-attentive E.V.Grieve) that won’t be around (at least in this “unimproved” state) much longer, see here 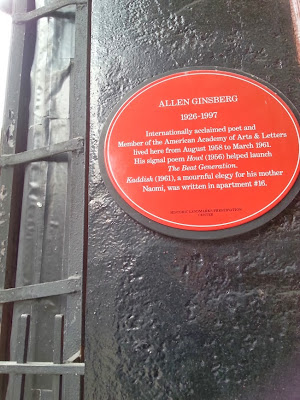