For all our Spanish-speaking readers, Luis Costa Palacios’ piece, in Diaro Cordoba, recalling, twenty years ago, Allen’s visit to that city, is well worth a read. He came, as part of a delegation to the XVII Congreso Internacional de Aedean [Asociación Española de Estudios Anglo Norteamericanos], and his appearance, in Palacios’  words, “suscitó una enorme expectación” (sparked a huge buzz), “fue sorprendente” (was surprising) – “su producción poética, una de las más poderosas e influyentes de los últimos cincuenta años, es magnífica y variada, como se puso de manifiesto en aquel recital. Había en su tono y actitud algo grandioso, el tono de un bardo, que como Blake, “ve pasado, presente y futuro, y cuyos oídos han escuchado la Divina Palabra“. Un visionario, como Blake, pero enraizado en la tradición poética norteamericana..” [his poetry, one of the most powerful and influential of the last fifty years is superb and varied, as was evident at the recital (given at the English Department, at the University of Cordoba). There was something in his tone and grand attitude, the tone of the bard, who, like Blake, “present, past, and future sees” (and) “whose ears have heard The Holy Word”. A visionary, like Blake, but rooted in the American poetic tradition..”]

The International poet –  One of Allen’s greatest honors during his lifetime, (his 1986 poem, “Cosmopolitan Greetings” was an address to his fellow laureates), was the award of the Golden Wreath, at the annual poetry festival in Struga (Macedonia). He would be pleased, (we think), with the choice of the 2014 laureate (announced this week, to be feted this coming August), South Korea’s prolific and extrardinary. Ko Un

From the introduction (his enthusiastic review) of Ko Un’s Zen poems (initially published under the title “Beyond Self“, in 1997, by Berkeley’s Parallax Press, reprinted in a revised version in 2008, as “What? – 108 Zen Poems”) – “Bodhisattva of Korean poetry, exuberant, demotic, abundant, obsessed with poetic creation..Ko Un is a magnificent poet, (a) combination of Buddhist cognoscenti, passionate political libertarian, and naturalist historian. This little book of Seon poems gives a glimpse of the severe humorous discipline beneath the prolific variety of his forms and subjects.. 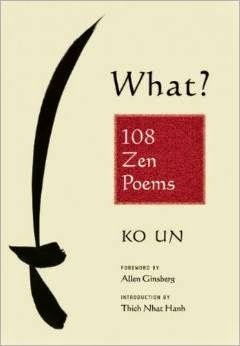 The fabled American center for international writing –the University of Iowa’s International Writing Program (somewhat inspired by Allen’s “challenge” – has anybody read all through “Song of Myself“?) is launching on February 16, its first “MOOC” (Massive On-line Open Course), a six-week course, “Every Atom – Walt Whitman’s “Song of Myself”, “now open for enrollment”, free, and “available to anyone with an internet connection” – “During the six-week course (renowned Whitman scholar, Ed) Folsom and (poet and professor – and IWP director – Christopher) Merrill will break down the 52-section “Song of Myself” in(to) 12 video conversations and pose a question to participants at the end of each session, then critique answers and offer insights within the MOOC’s discussion forum…” – “The resources of the Walt Whitman Archive and the Whitman Web, a gallery of translations, recordings, and commentaries (including the first ever translation of “Song of Myself” into Persian) will help participants navigate the poem”.

William S Burroughs photographs on show in London (noted here last week via Tim Jonze’s review in The Guardian, have received several other insightful reviews. Here’s  Sean O’Hagan in The Observer (“I was pleasantly surprised by this fascinating selection of his photographs..”) and Gautam Malkani‘s knowledgeable discourse in The Financial Times. (“After you’ve read this article, grab a pair of scissors..”)

The Creative Observer, the Burroughs art show that opened in Kansas last week (and is up until March 2nd) continues to receive an enthusiastic response Here‘s one visitor’s report on the “crowd reaction” at the opening, 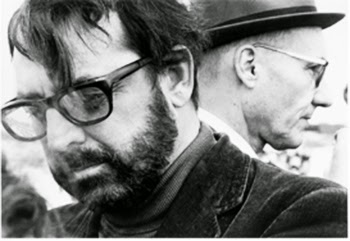 To conclude on a profound note. Amiri Baraka’s wake and memorial took place last week. From the account in the New York Times – “Around 3,000 people filled the grand, gold-leafed hall (the Newark Symphony Hall) for the funeral services, which were officiated by the actor Danny Glover. The night before nearly as many people attended a wake, where the Rev. Jesse Jackson spoke” – Three thousand people!
– “The service moved the audience to its feet, and to tears..” – not waning – from ten till two – Four hours!
– Here’s Lisa Durden (don’t miss all of her intimate and moving first-person account on New Jersey.com) – “One moment that stuck in my mind”, she writes, was “when a man walked up to the open casket where Amiri Baraka lay peacefully, held his hand, and very sweetly kissed his face. At that moment I realized just how important he was to us.” 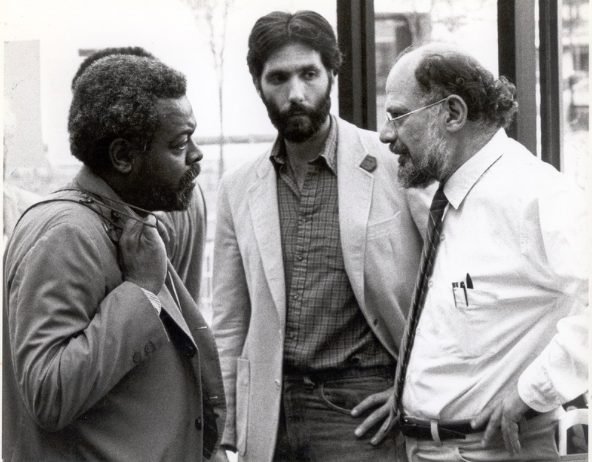