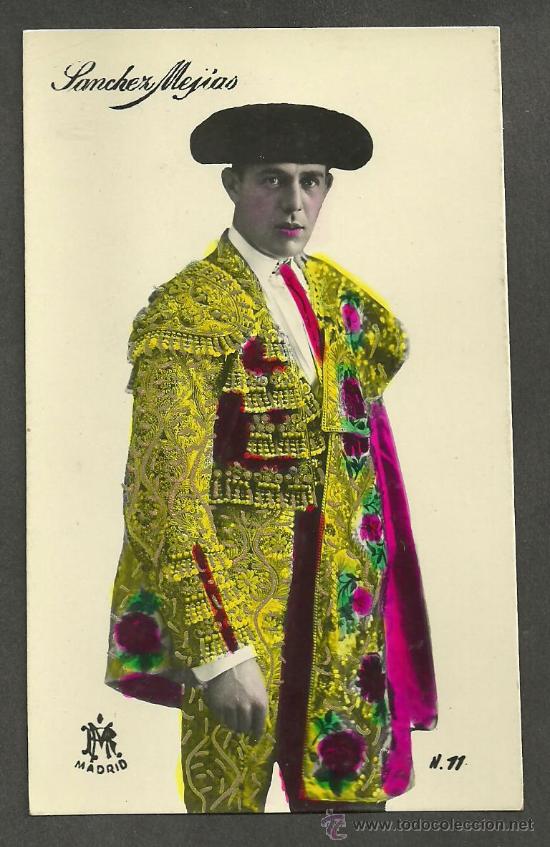 You could exaggerate it out -“And the bull alone”  – That’s what I do, I start singing out special (words) – If, in advance, while reading something, I grasp what the words mean in relation to the other words, and if it has some extra little piece of energy I can throw into it, then I’ll just sing it out and make a special bravura vowel. Because, generally, the audience is asleep, as you are generally, the reader, half-asleep, not quite following, thinking of something else (maybe absorbed, but maybe not absorbed), maybe just staring with the eyeball at the page, listening to the whirr of the fan, or blowing their nose, or distracted by another thought. But if you suddenly say, “And the bull alone with a high heart!”, attention immediately comes back in. So, the function of special, emphatic, high-stress, souped-up, vowelic mouthing musicalities while reading is to wake up the audience and point attention to the significance of a line.
In other words, you’re constantly trying to wake the audience or the reader. You’re constantly trying to wake up the reader over and over again to what’s being said, because generally something interesting is being said. Otherwise you might say, “And the bull alone at five in the afternoon” – why is he saying “the bull alone”? who cares about the bull alone? – meaning, “the bull alone” had a “high heart“! – only the bull, in the entire audience, in the entire bull-ring, had a high heart. So you can punch out the “alone”. If you treat almost every word as if it had some meaning, or if you can find some significance for every syllable, then you can have a complete musical variety of  syllabic chimes, line-to-line. Though the tendency is to (do it) sing-song.  But if you can find at least one word in a line that has a punch, has a tonal punch and you put that through, then you can keep every line alive and you can keep everybody listening. 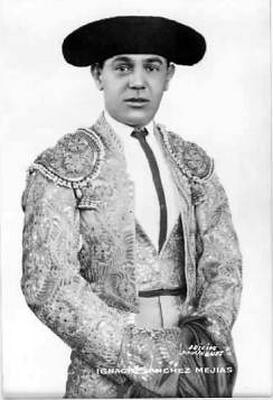 Student: Isn’t that “at five in the afternoon“, the repetition of that, that’s kind of a background..

AG: I think they call that anaphora. Anaphoric. It’s the anaphoric refrain. Anaphora

Student: And you can really see it, (the) dramatic presentation of the first part

Student: You could see it sung by a chorus

Student: And then the soloists..

AG: Yes,  It could be expanded marvelously, because it does have that musical fugue back and forth – Yes?

[There follows a brief detour, as Allen and student(s) debate matters of translation, with Allen finding it difficult to locate the pertinent line(s)]

Student: I was just wondering about the translation, there are two lines which are in fact, really the same,  because.. you know when he dies, they say -No me digais que la vea!
AG   “No me digais”..  “donde”?     “donde” is.
Student: …and then in the translation (it) says that “I will not see it!” and then, “Do not ask me to see it!
AG: See, but “donde” is.. where is.. which are the lines so I can look at them?
Student: It is the..
AG: Before the part three (section three), “Cuerpo Presente“?
Student: It’s the third stanza, more or less…
AG: From the beginning?
Student: From the beginning
AG Okay.
Student: On the second page.
AG: Yeah.
Student: Yeah. It’s on the second page.
AG: Yeah, donde? –  First column?
Student: Yeah, right here.. First part, the second..  it would be the middle stanza of that page.
AG: I’m afraid I can’t.. is it above “La Sangre..” (The Spilled Blood) ?- “La Sangre Derramada” – or somewhere else?
Student:  It’s on the second page,
AG: Second leaf or second page?
Student(s): No..that’s the page.. this one? – it’s the second part? – is it this one over here? – Yeah, on the right-hand side, there.
AG; There, or left of it?
Student: There
AG: Right-hand side if you want,
Student: Yeah
AG) Okay, second leaf.
Student: Yeah
AG: Yeah. “No/ Que no quiero verla!”  First column?
Student: Yeah. And it’s the one that begins with the.. after the “Que no quiero verla!” – “The  moon wide-open”. That’s..
Student Oh..  “moon wide-open”
AG: Now, where?  – Okay, top of the page
Student; Yeah
AG: Top of the second leaf of this poem.. ..right hand side of the page. “Que no quiero verla!”Yes. Now.
Student: Now if you go down this second stanza, the one that begins with “Ignacio goes up the tiers..” (“Por las gradas sube Ignaciol“)
AG: Yeah.
Student: Okay, there you see, in the middle of that stanza, there is a line..
AG: “No me digais que la vea!”
Student: …right. And..
AG: He translates..
Student; I don’t understand why the translator changed the translation here..
AG: Yeah, it doesn’t make sense, does it?.How would we say that? – “Don’t tell me to look!”?
Student: Yeah
AG: “Don’t make me look”? No, digais  “No me digais que la vea!”  – digais..”.. [“from the verb – decir]  is (you) “say”, isn’t it?
Student: Yes.
AG: “Talk”.
Student: Yes. It could be improvised from the last line.. but it’s a…
AG: Right,  It’s mis-translated.
Student: .. so that,  and also, I was also wondering, this is really crazy maybe, but it was also because the three lines.. and there is…
AG: Same page?
Student: Same page, yes.
AG: “Moon wide open”?
Student: The fourth line.
AG: “y la plaza gris del sueno“?
Student: Um, yes , and I…
AG: Is that what you’re talking about?
Student : …that.. yes,
AG: “la plaza gris del sueno.”
Student: I was thinking it could be “of sleep” rather than “of dreams”.
AG: Could be… I liked the English line – “the grey bull ring of dreams” – it’s pretty powerful in English. “plaza” is “Plaza de Toros“, “gris” is grey, “de sueno” would be either “sleep” or “dream” (but, literally, it means “dream”, doesn’t it?)

Student:  Yeah, it can be both. But it seems.. I was wondering, which one (works)?

AG: I would say “dream”, because you have a very dream-like.. it’s like fantasy or dream what comes up next, that “The cow of the ancient world”, passing her tongue over the “snout of blood”. (“La vaca del viejo mundo/pasaba su triste lengua/sobre un hocico de sangres“) ” Then he “goes up (on) the tiers” with “death on his shoulders”. “He sought for his beautiful body”, he sees “the terrible mothers”, he sees the horns near “the terrible mothers/lifted their head” – so it’s like a nightmare dream, or it’s like a prophetic death dream. So I would buy the dream – “the grey bull-ring of death” – that he must have dreamt.. Basically what’s being said is that he, in all his time as a torero, he must have, at one time or another, have dreamt of this horrible scene, in the “grey bull-ring of dreams”, of the “terrible mothers” lifting their heads.

Student: What is he talking about?

AG: Fates. The Three Fates, maybe? – or just the old black widows of  Spain, sitting there, cackling over graves or something, I don’t know. (Jack) Kerouac has a very similar line describing the funeral of his father.

AG: The terrible nuns – the nuns that go to every funeral in Lowell and sit there (and) gloat over the dead..

AG: Or The Great Mother, obviously.

AG: Yes – I like that – “across the ranches,/…secret voices…/shouting to celestial bulls.”.
It gets really a strange combination. Images drawn from the farm, but ghostly – ghostly, or celestial, prophecies from the farms – “(H)erdsmen of pale mist” – But then it gets very practical – “There was no prince in Seville/who could compare with him/nor sword like his sword” – No prick like his prick – “nor heart so true” – or whatever it was. I wonder what relationship Lorca had with Mejias, the bullfighter. It sounds like Lorca really dug him, totally dug his body.
That river – “Como un rio de leones/su maravillosa fuerza” – in English, (not bad) – “a river of lions” – Now that‘s a really Surrealist line – “a river of lions” – It’s simple and he gets away with it. I mean, it’s coherent there. Most of the time, I wouldn’t imagine a river of lions being a coherent image, but it certainly is here – muscles like a river of lions, I guess, marvellous strength.
What else is good? – The moss – “Now the moss and the grass/open with sure fingers/the flower of his skull” – That’s quite something! – just as a lover might want to feel up the skull, or the sleeping head, feel up the hair of somebody you’re making it with – “Now the moss and the grass/open with sure fingers/the flower of his skull/ faltering soulless in the mist/stumbling over a thousand hoofs”
I also like that in (the) English – “starry Guadalquivir” (that’s a very tremulous, tremorous, quality, just to the sound there – “starry Guadalquivir” – like stars being reflected in the river). Guadalquivir is the river? Is that correct? Anybody know? Guadalquivir is the river, so “starry Guadalquivir” (“Guadalquivir de las estrellas”) would be the stars trembling in the river.

Well, should we go on with the rest? Anyone want to try doing the largo section. Anybody got a sonorous basso profundo?

AG: Can you do Spanish? Yeah, let’s  hear it. See what it sounds like.
Student: Uh, where?

[Audio for the above can be heard here, beginning at approximately two-and-a-half  minutes in and continuing to the approximately fifty-nine minutes in] (also available here)