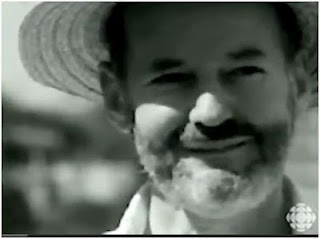 Lawrence Ferlinghetti, Beat honcho, head of City Lights, turns 93 today! Happy Birthday, Lawrence! – A miscellany of links: Here‘s Lawrence reading in 2005 for the University of California at Berkeley. Here‘s a reading (in four parts) at DG Wills wonderful bookstore in San Diego from that same year (here, here, here and here). Here‘s Amy Goodman’s interview with him in 2007 for Democracy Now!.

A 1988 radio interview (with Don Swaim) may be listened to here. A filmed interview (discussing his experiences in 1959 with the Chilean miners, recorded for a Pablo Neruda documentary) is available here. We mentioned it last year, and we’ll mention it again – there’s a fine 2010 interview in the magazine, Guernica (“a magazine of art and politics”). Poet, painter, publisher, life-long activist (“Poetry as Insurgent Art (I am signaling you through the flames”), we salute you – 93 unrepentant, unreconstructed, years! – We salute you – from your compadre and friend – with a series of Allen’s photos: 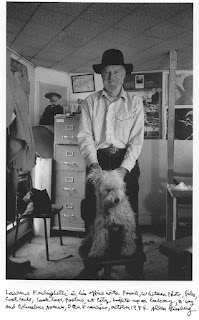 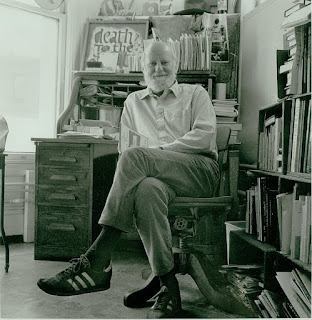 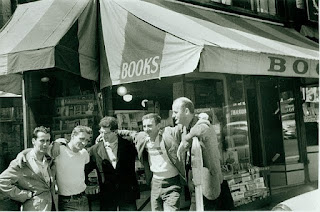 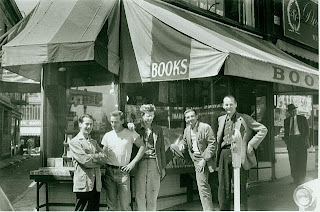 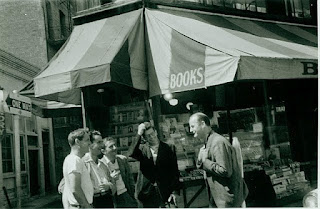