Jay Strauss writes to us: “In April 1986 I attended a reading at the Walt Whitman Center in Camden (New Jersey). I arrived early and Allen was there, along with a few other people, milling about. I had a two to three books which I asked him to sign. It was two days after (Jean) Genet died and so I asked him if he would write something for Genet. He asked me to follow him, behind the stage into a back room. He held out his hand and and for whatever reason, I handed him William Plummer’s Holy Goof (along with a couple of other of Allen’s books for him to sign, which he did. In the Plummer book, he wrote the following (see below). He included my name, but as you can see, he did not sign or date it, but he did sign and date the other two books I handed him.” 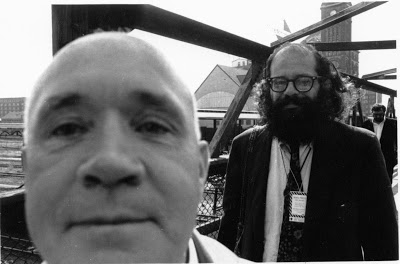