Sean’s father Eli, and uncle, Ted, ran the Eighth Street Bookshop on West 8th Street and MacDougal Street in New York City’s Greenwich Village, where Allen & Peter stayed briefly after returning from three years of travel around the world, which is also where Allen met Bob Dylan for the first time. Sean Wilentz is the Sidney and Ruth Lapidus Professor of History at Princeton University where he’s taught since 1979.

And.. for those of you in the NYC area, Wilentz will be reading and signing his book, Tuesday, September 7 at Spoonbill & Sugartown Books in Williamsburg, Brooklyn. 7pm. 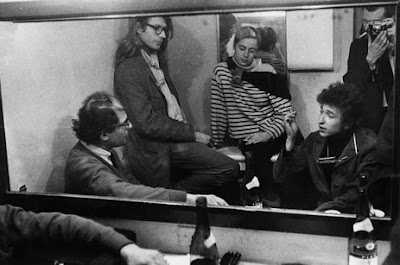