The Vomit of A Mad Tyger 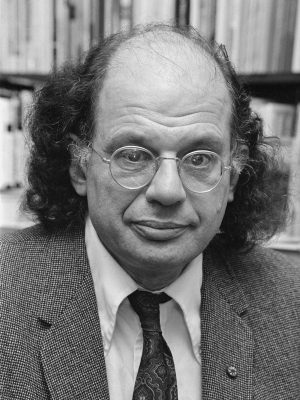 Shambhala Sun magazine published this interview-turned essay in their July 1994 issue. For those of you who missed it the first time around, they’ve made it available on their website in its entirety.

The Vomit of a Mad Tyger

The Spiritual Autobiography of Allen Ginsberg

The Shambhala Sun presents this exclusive auto-biographical account from the late poet and cultural icon Allen Ginsberg, narrating his spiritual journey from Blake to the Buddha.

We’ll begin at the beginning, because what I’d like to do is trace what spiritual inklings I had that led to interest in Tibetan Buddhism and guru relationship.

I was in love with a high school fellow who went off to Columbia College when he graduated a half-term before me in Central High School in Patterson, New Jersey. So I decided to go to Columbia College instead of Montclair State Teachers College, where all of my family had gone. Out of some kind of devotion I broke away from the traditional pattern of my family but I didn’t have money, so I had to take a scholarship entrance exam. On the ferry between Hoboken and New York I got down on my knees and made a vow that if I were admitted to Columbia, I would do everything I could to save mankind. It was a naive bodhisattva’s vow out of fear of not getting into Columbia…..

Random Photo of the Day: