While we be busily a-brewing-up the next big posting, we figured, surely it wouldn’t hurt to put this one out there. For some reason it never had a composition-date attached to it, but our guess is that it’s probably late ’80s or early ’90s. It appeared in Deliberate Prose: Selected Essays 1952-1995, Harper Perennial

At root of intolerance is anger. The medicine for anger is awareness of anger: “Anger doesn’t like to be reminded of fits,” said poet Jack Kerouac. If we make a practice of noticing our thoughts, to “catch yourself thinking” (as the phrase goes in idiomatic Americanese), we have a better chance of making our own irritations and fits of anger more transparent, airing out the “hot air” of emotion — as Tibetan Buddhist Lamas say, that dissolves 80 percent of the anger.

If all mankind can’t practice this kind of meditation — sitting, standing or lying down — at least the elite and the “leaders,” Premiers, Presidents, Dictators, and Senators can do so — I do as best I can.

Random photo of the day: 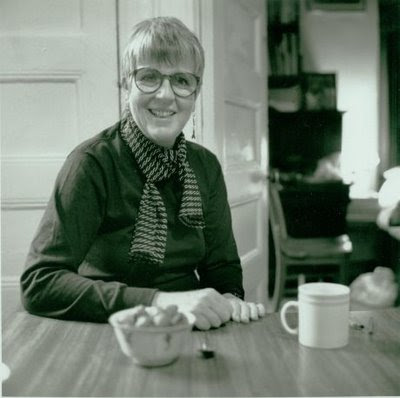